Stevanovic names a provisional 25-man squad for CAN 2012 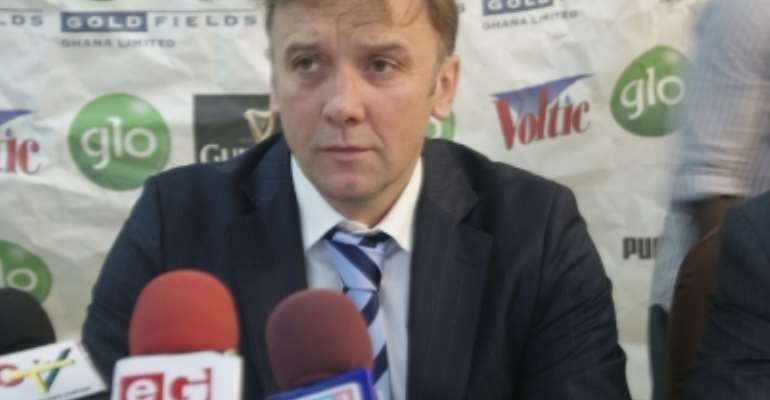 Accra , Dec 15, GNA - Ghana Black Stars head coach, Goran Stevanovic has named a 25-man squad for the 2012 Africa Cup of Nations to be co-hosted by Gabon and Equitorial Guinea from January to February next year.

At a press conference on Thursday, in Accra to unveil the team, the Serbian coach named Adam Kwarasey who plies his trade in Norway alongside local players, Daniel Agyei and Ernest Sowah of Liberty Professionals and Berekum Chelsea to make up the goalkeeping unit.

The coach is, however, expected to trim down the squad to 23 after series of friendly matches and camping in South Africa early next year.

Coach Stevanovic told the press that the selection was based on individual quality, character, strong personality and a winning mentality, adding that the selected players fulfilled all the requirements needed.

The coach said the selected players have what it takes to compete and win the competition and expressed the hope that they would live up to expectation.

Asked whether he was under any form of pressure from certain quarters to influence his decision, the coach said he had absolute freedom from the officials of the Ghana Football Association (GFA) to select his own players.

“Nobody in the FA or anywhere influenced my decision, I chose the team myself and I will be fully responsible for the outcome. Not even the president of the FA knew about the squad until yesterday evening.

“I have named players I think are capable of doing the job in the competition and I will be responsible for my action”. He stated.

Coach Stevanovic indicated that he is going into the competition to win the trophy, adding that Ghana has over the years' achieved much in the game but the Nations Cup has eluded them over the last 30 years.

“I know the promise I made to the nation and I believe we can win the cup”. The coach declared.