"The Cat" Takes Over Asante Kotoko 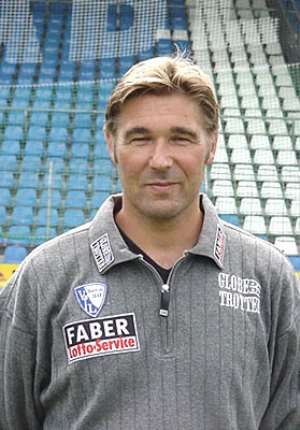 New Asante Kotoko coach, Ralf Zumdick, arrives in Accra Thursday to take charge of the porcupine warriors, Kumasi Asante Kotoko. Zumdick will lead Kotoko to the second leg of the African Cup winners Cup game against Egyptian side, Ghazel El-Mahalla in Cairo.
The 44year old former VFL Bochum manager, is taken over from Scotsman, Ian Porterfield who was sacked yesterday for alleged insubordination and non-performance. Zumdick, popularly known as "the Cat" managed VFL Bochum in the 2000 soccer season and quit the club after the 2001 season.
The German played 282 games for VFL Bochum during his career as a player. He ended his career as a player after the 1994/1995 season with Bochum.
Zumdick known has been associated with Bochum since 1981 as a player.
Former Kotoko coach, Ernst Middendorp and Bayern Leverkusen manager, Klaus Toppmoller, recommended “The Cat” who was a professional goalkeeper during his playing days to Asante Kotoko