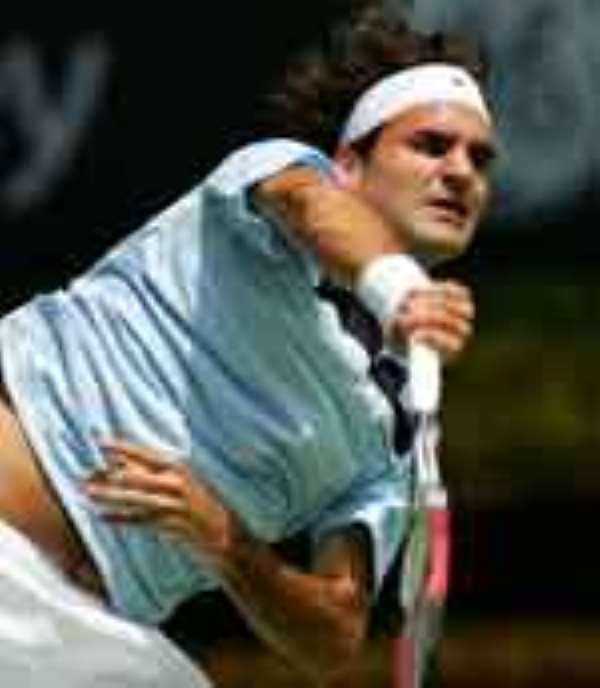 The defending champion eased through the contest, winning 6-3 7-6 7-5 to reach the last four without dropping a set.

Federer goes into the semi-finals boasting a 12-1 career record against Roddick, whose first success against the world number one came two weeks ago at the Kooyong Classic.

The two-time champion surpassed Ivan Lendl's record of 10 consecutive Grand Slam semi-finals by beating Robredo, who had no answer to Federer's power and precision.

"Tommy's a great player and he's really improved his position over the last couple of years, he's very steady from the baseline, he's a great runner and he's putting it together," Federer said.

"I had to work really hard tonight."

Federer claimed six service breaks and routed Robredo in the second set tiebreak after the Spaniard had played some fine tennis to stay with him through the set.

However, Robredo's dismal record against Federer, who is also the reigning Wimbledon and US Open champion, stretched to seven defeats in which he has yet to win a set.

Federer goes into his meeting with Roddick unbeaten in 34 competitive matches - the Kooyong Classic being an exhibition event - and needing one more to match his personal best winning sequence.

The Swiss star is also chasing his 10th Grand Slam title, while if he reaches Sunday's final it will be his seventh consecutive major final since Wimbledon in 2005.
SOURCE;DILASO