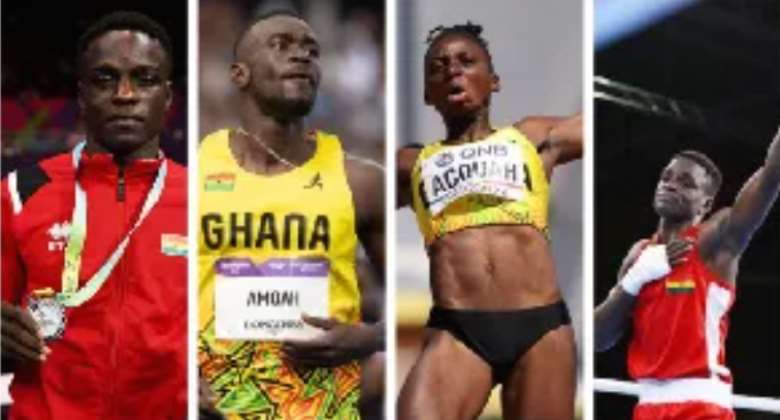 The 2022 Commonwealth Games will officially close on Monday, August 8, 2022, in Birmingham, UK.

Ghana presented 100 athletes to participate in 13 different competitions, and after 10 days of participating in the games, the country recorded 5 medals, 2 silver and 3 bronze medals.

Clearly, this will go down as successful participation for Team Ghana taking into consideration the number of medals won in previous Commonwealth Games.

For Athletics, Joseph Paul Amoah got a bronze medal in the men’s 200m with a time of 20.49s. And this is Ghana’s first medal in the track and field event since 1974.

Another medal for Ghana in Athletics came from Deborah Acquah who jumped 6:94 to win a bronze medal and smashed her personal best.

Joseph Commey, unfortunately, fell ill and couldn’t fight in the finals for Gold in the featherweight Division against Northern Ireland’s Jude Gallagher. He thus settled for a silver medal.

Ghanaian boxer, Wahid Omar lost his semi-final bout to Louis Colin and settled for a bronze medal in over 60kg-63kg Lt welterweight.

Boos at Akufo-Addo: Someone failed and caused this monumenta...
5 minutes ago