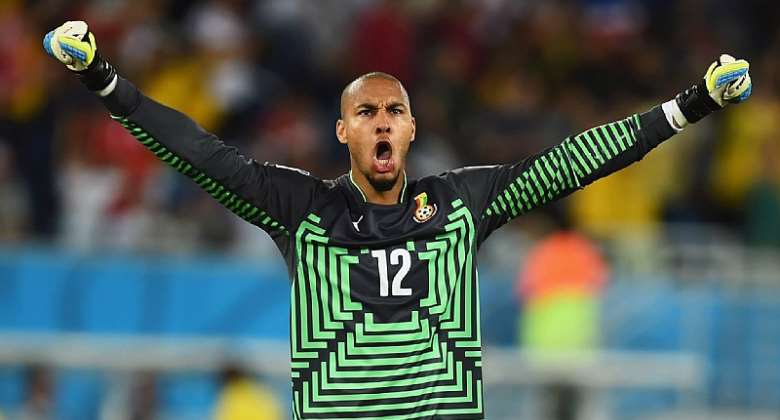 Larsen Kwarasey has disclosed that the clash between Ghana and Brazil in 2011 was the best performance in his time as the Black Stars goalkeeper.

He further disclosed that he was not supposed to be the main goalkeeper for Ghana's friendly match against Brazil in 2011 as it was supposed to be a halftime shift between himself and Richard ‘Oleke’ Kingston.

Speaking in an interview with the Accra-based JoyNews, monitored by this portal, he said the former Blackpool goalie (Richard Kingston) was injured and he had to be made the main keeper for the match.

"To begin with we were supposed to keep one half each but Richard Kingson got a minor injury in the warm-up, so they told me I was going to keep the whole game," he said.

He noted that one of the main reasons that boosted his morale, even when he was playing against some of the world-class players assembled by Brazil, was confidence about Ghana being able to match them.

“I don't remember what went through my mind but it was like another game, just go and play because felt like we didn't have that much to lose.

"People always talk about that game but it's just a game and it's a good experience,” he added.

Adam Kwarasey made a total of 27 appearances for the Senior National Team, the Black Stars of Ghana, and retired at the age of 33.

Leandro Damiao’s skilful net breaker saw the Selecaos of Brazil defeat the 10-man Ghana Black Stars in an international friendly at Fulham's Craven Cottage after Ghanaian player Daniel Opare was shown a red card in the 33rd minute of the game.