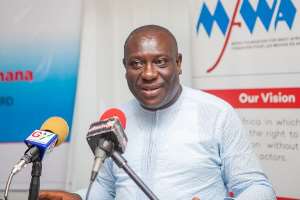 Board Member of Hearts of Oak, Vincent Sowah Odotei has dismissed reports suggesting that they fixed games at the latter part of the season.

He has described the news as false in an interview with Abusua FM.

“Hearts Of Oak have never played in a fixed game before and never will such an act happen. We are a big team with a broad reputation.

“The reports are all allegations and propaganda against the team.How can he (Albert Commey) involve Hearts in such baseless allegations, we don’t fix matches. He is a good friend and a brother but his comment was infantry. I was never expecting his calibre to make such allegations.

“We are expecting the Ethics Committee to invite him for interrogations. It’s possible we may take him on for this distasteful comment,” Vincent Sowah Odotei said.

Commey alleged four games in the Ghana Premier League were fixed on the final day of the 2021/22 season in order to ensure the survival of several relegation-threatened clubs in the league. He also said there was a manipulation in the game between Hearts and RTU.

The GFA has invited Ashanti Gold Deputy CEO Albert Commey to assist in investigations into his allegations.