2021 AFCON: “We don't have a player like Asamoah Gyan” — Milovan speaks on Black Stars performance 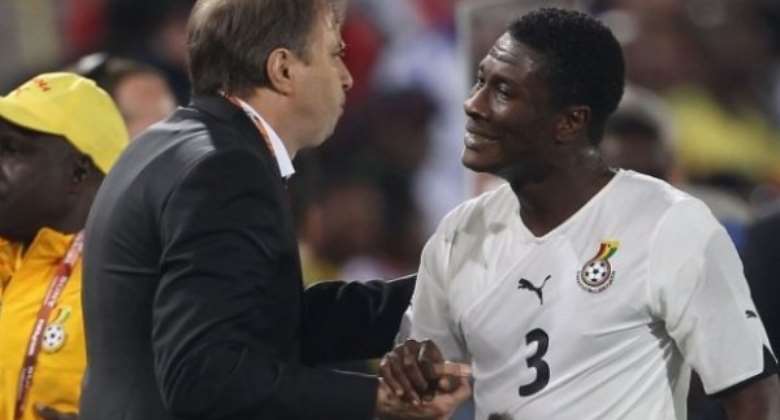 Head Coach of the Black Stars, Milovan Rajevac says the team lacks a striker of Asamoah Gyan's caliber at the ongoing 2021 Africa Cup of Nations (AFCON) in Cameroon.

The Black Stars have gone two matches without a win and eyeing a crucial win against Comoros in the last Group C match to stand a chance of progress to the next stage.

At a press conference held ahead of the game, the coach of the side said Ghana's current team can not be compared to the squad that had quality to progress to the finals of the 2010 AFCON in Angola.

“We don't have the same team like 2010. Not enough time for the preparations. We don't have a player like Asamoah Gyan in the team now,” he said.

The Serbian tactician pointed out that the team did not have enough preparation towards the biennial competition which had affected them.

“I followed the team well. Sadly we need to do something at a short notice. I'm trying to implement these things and we are on the right path. We lost the first game in 2010 AFCON and we improved later to play in the finals.

“Definitely we would improve and make progress,” he added.

Ghana would take on Comoros on Tuesday, in the final Group match at the Roumde Adjia in Garoua.

Serwaa Broni attack: Give us information to impeach Akufo-Ad...
13 minutes ago