2021 AFCON: We will beat Comoros to book Round of 16 spot - Andre Ayew pledges 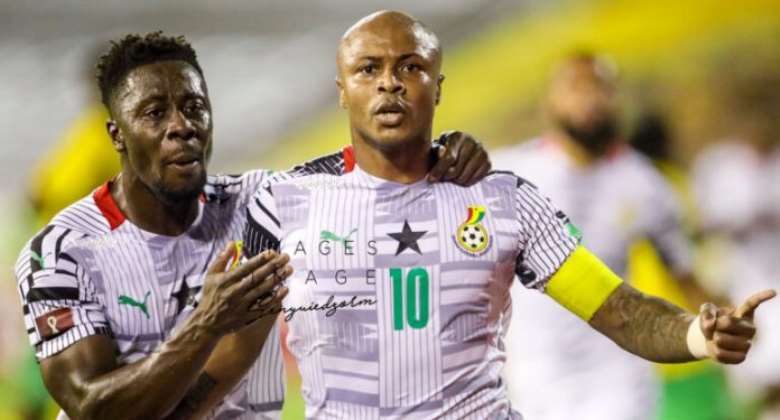 Ghana captain, Andre Dede Ayew has vowed that the Black Stars will win their final game against Comoros at the ongoing Africa Cup of Nations [AFCON] and qualify to the knock-out stage.

Ghana, after two games played sit 3rd with just a point having lost to Morocco in their opening game and shared spoils with Gabon on Friday night.

The West African country who are chasing their fifth continental title will face Comoros in the final Group C game on Tuesday at the Ahmadou Ahidjo Stadium in Yaounde.

But at the post-match press conference, the Al Sadd midfielder, who was named the Man of the Match, said they will beat the Island nation and make it to the Round of 16.

“We are Ghana,” he insisted. “We are going to win the last game and go through.”

The former West Ham and Swansea City player, whose 20-yard first-half strike was cancelled out by Gabon’s Jim Allevinah, expressed disappointment in the lack of Fair Play displayed by the Panthers in the build-up to the equaliser.

“We had the ball and we put it out intentionally because our player was on the floor.

“So what do we do? When the ball is coming, you take the ball, Gabon, and give it back to Ghana. [It is as] simple as that!

“So, we were waiting for the ball to come back but the ball was not coming back and they played and that’s how they got their only open chance of the game. That is it.

“It is very small of them. I am disappointed in them.”