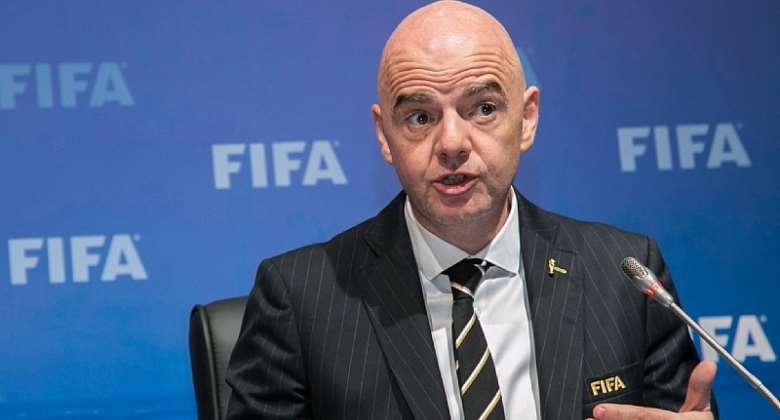 FIFA President, Gianni Infantino has stated that hosting the Africa Cup of Nations in the winter every two years “have become a problem.”

Infantino stated this on Monday as the debate continues whether the continental championships should go on as planned, postponed to a later date, or cancelled outright

The number one football person in the world, Infantino, has revealed that the world football governing body is still consulting with the organisers of the 2021 Africa Cup of Nations, AFCON to postpone the competition to September.

It is less than three weeks to the continent’s biggest football fiesta, but there is no guarantee yet that it will kick off on the scheduled date of January 6.

The most significant opposition to the tournament comes from Europe, especially in England, where the clubs frown at releasing some of their best stars at a crucial period of the season.

For example, Watford could lose exciting Nigerian forward Emmanuel Dennis, while Liverpool could potentially be without Sadio Mane and Mohamed Salah for a month.

The spreading Omicron variant of the coronavirus is also a concern, with the 2021 Afcon already postponed twice because of the pandemic.

A report emerged from France last week suggesting that the Confederation of African Football was looking to cancel the competition.

CAF quickly dismissed the report and insisted that Cameroon 2021 would proceed as planned.

But FIFA president Infantino, at the FIFA Global Summit on Monday, noted that the AFCON is an important tournament, but playing it in January has become a problem.

The top administrator, however, revealed that the football body is discussing the possibility of having the Afcon at a time when it would be convenient for the major stakeholders involved.

“The African Cup is a competition which is played every two years: we understand the importance of this Cup,” Infantino said, as per Tutto Napoli.

“Until a few years ago, nobody cared that it was played in winter. Now, it has become a problem because many African players play in big clubs, which lose them in a highlight of the season.

“If we can reschedule the calendar and make sure an African Nations Cup is played in the big international window in September, rather than January or February, we would have solved a problem for so many leagues that have African players.

“It is part of the process we are talking about. I don’t like to talk about wars or enemies, but about the trial. It is important to seek the best solution together.”

The Super Eagles are among the 24 teams already qualified for Cameroon 2021.

Terrorism: Be quick to report any suspicious persons or pack...
11 minutes ago