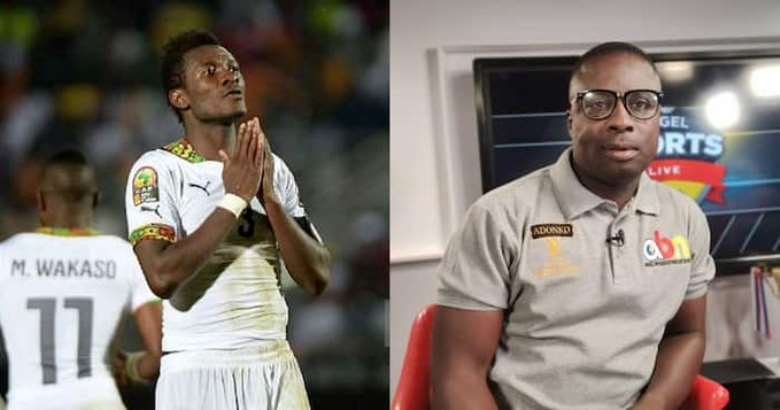 Charles Taylor, a former Asante Kotoko and Hearts of Oak midfielder, has blasted Asamoah Gyan for claiming Ghana's penalty against South Africa was a soft decision by the referee.

The Black Stars after a shaky start of the 2022 World Cup qualifiers have booked a place in the playoffs.

The decision by Senegalese referee Ndiaye Maguette has been criticized by many fans with the South Africa Football Association [SAFA] writing to FIFA for the match official to be punished.

Gyan, who is the country's all-time top goal scorer reacting to the incident in an interview with Accra based Asempa FM said the decision was soft.

However, Taylor, who won the Champions League with Hearts of Oak said the former Ghana captain should have considered his role with the senior national team before talking.

"If I were in Asamoah Gyan's shoes, I'd not comment on this South Africa penalty saga," he said on Angel FM.

"His comment was unfair to Ghana as a legend. He shouldn't have made that comment knowing he is a former captain and a huge figure.

"Sometimes you don't have to have an opinion on everything especially when you know your status.

"Someone will also argue that he Gyan was awarded some soft penalties when he played. But he didn't say they were soft so he will reject them. He scored and celebrated.

"Why didn't he say he was honest and reject them then," he added.

The game is currently being reviewed by the Disciplinary Committee of football's world governing body, FIFA.

Meanwhile, the Ghana Football Association is waiting on FIFA's review as well as their opponents for the play-offs.

Having missed out on the last edition of the Mundial in Russia in 2018, the Black Stars will be hoping to return to the global showpiece in Qatar next year.