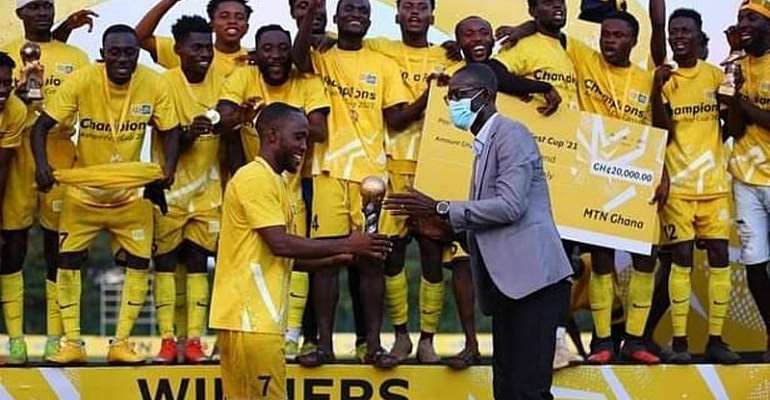 Abrepo were declared winners of the 2021 MTN Ashantifest Cup champions after beating Kotei Deduako 5-4 on penalties last Saturday at the Paa Joe Stadium at the Kwame Nkrumah University of Science and Technology [KNUST], Kumasi.

At the end of 90 minutes of play without a goal, the two sides had to settle on penalties which Abrepo won.

The Abrepo team received a cash prize of GHC20, 000 plus a giant trophy as well as medals from telecommunication giant – MTN Ghana.

Kotei Deduako were also rewarded with a cash prize of GHC10, 000 and medals as runners up.

Eight teams from across Kumasi, the Garden City of Ghana participated in the community football championship which was organized as part of the 2021 Ashantifest.

The 2021 edition of the Ashantifest coincides with the 25th anniversary of MTN Ghana. In view of that, the company has pledged to invest an amount of 207 million dollars to enhance its operations across the country.

Meanwhile, a golf event has been scheduled for Saturday to climax the sporting events of the 2021 Ashantifest.