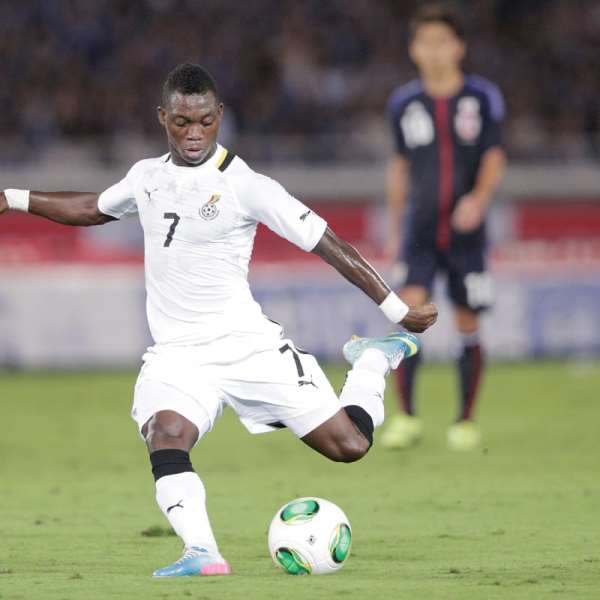 After seven years of losing the 2015 Africa Cup of Nations [Afcon], Christian Atsu says it still hurts him.

Ghana played Ivory Coast in the final of the tournament in Equatorial Guinea.

The former Newcastle United forward starred in the tournament but lost the final on penalty shootout.

Ghana blew a two-goal lead in the penalty shootout to give Ivorians their second title, in a repeat of 1992 final.

“That trophy was like when someone gives you something; you just take it. And today I’ll say Ghanaians are right, whatever words they say to us, we deserve it because we gave the tournament away and it was really bad.

“Till now I feel very sad that I am 29, I’m growing and I’ve still not won the AFCON title, and it’s very sad.”

Atsu was named Man of the Competition and also won Goal of the tournament for his wonderful strike against Guinea in the quarterfinals.

Atsu and his colleagues were not born the last time Ghana conquered Africa. The Black Stars won their fourth crown in 1982 and have since lost three finals.

“Yeah, I’d say with the kind of players we have, we shouldn’t be speaking about the Black Stars not winning the AFCON for like 35 years or 36 years.

"It shouldn’t be possible. Ghana has produced a lot of top, top talents like Michael Essien, Muntari, Asamoah Gyan, John Mensah, Dede Ayew. It’s crazy, but this is the situation we are in,” Atsu added.

CK Akonnor meanwhile has been tasked to win the 2020 Afcon that will be staged in Cameroon next year.