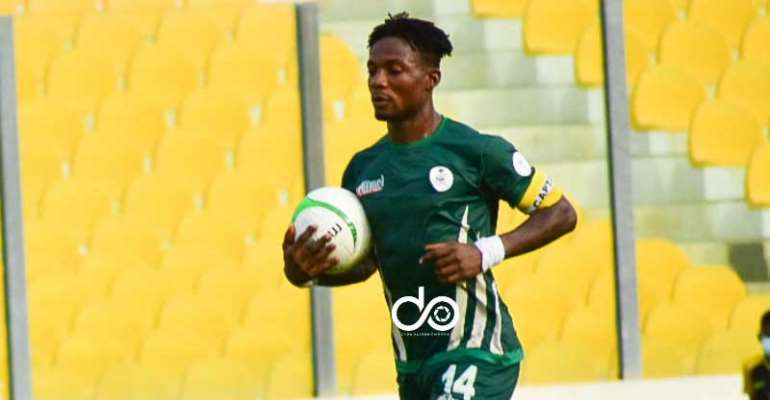 The forward in the 2020/2021 Ghana Premier League season excelled and finished as one of the most lethal attackers in the division.

On the back of his impressive displays, he is wanted by a host of clubs including league champions Hearts of Oak.

Today, the latest information gathered from Oyerepa FM is that there is growing interest from South Africa as well.

According to the Kumasi-based media outlet, Orlando Pirates and Kaizer Chiefs have officially written to King Faisal for the services of Kwame Peprah.

Officials of the Ghana Premier League club are weighing the two offers and will make a decision in due time.

As reported by Modernghana Sports already, the owner of King Faisal Alhaji Grusah wants to transfer Kwame Peprah abroad instead of a local club.

Last season, the striker netted 12 goals for his club in the Ghana Premier League and provided an impressive 10 assists as well.