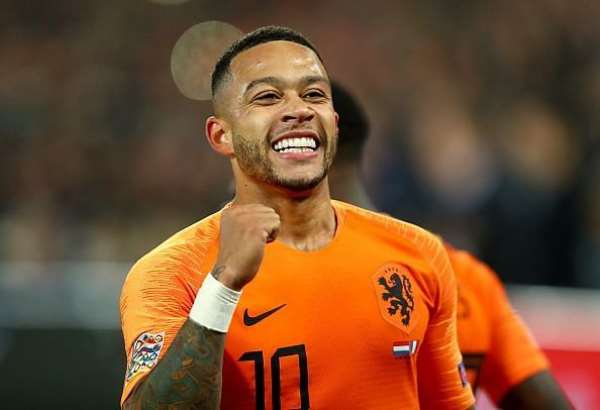 In Callum Hudson-Odoi’s head, it was supposed to be a chill summer in his native country, Ghana. Little did he know that his visit will trigger a national discussion on players of Ghanaian descent and whether they can play for the Black Stars.

Per FIFA’s new eligibility rules, Hudson-Odoi, who has three caps for England, can still play for Ghana.

The winger paid a courtesy call on President Nana Akufo-Addo and the President urged Sports Minister Mustapha Ussif (also present at Monday’s meeting) to explore the possibility of Hudson-Odoi switching his international allegiance to Ghana.

While the Minister is believed to have started working on the President’s request, seven players related to Ghana, per available information, are in the camps of European countries waiting patiently for the Euros to commence.

The delayed Euro 2020, which kicks off in Rome on Friday with Italy taking on Turkey, is said to be the first true post-multinational tournament.

According to The Independent, 175 of the 622 selected players have dual nationality, with as many as 23 of those possessing triple nationality and one – Wales midfielder Ethan Ampadu having been eligible for four countries.

Ampadu’s four countries include Ghana because of his father, Kwame Ampadu, a former footballer who was born in Bradford but has Ghanaian roots.

Ghana (7) is second behind DR Congo (13) in terms of African countries to have lost most potential players to this year’s showpiece.

Three of Ghana’s seven are in the same team, the Netherlands who have Memphis Depay, Georginio Wijnaldum and youngster Cody Gakpo.

Cody Gakpo
Depay has a Ghanaian father, same as the PSV Eindhoven attacker who earned a place in the Dutch squad because of his 11 goals in 29 games last season.

Depay, who has been linked with a summer transfer to Barcelona, was in Ghana for the first time in 2019, where he visited Cape Coast, the hometown of his father Denis Depay.

For Wijnaldum, his case is not as straightforward. He is linked to Ghana because of his former stepfather whose surname is Boateng and is related to retired Dutch footballer of Ghanaian-origin George Boateng.

The former Liverpool star used to be known as Georginio Boateng but after his stepfather divorced his mother, he took his mother’s last name, Wijnaldum.

19-year-old Jeremy Doku, also known as The King of Dribbles, is among 20 young players the BBC has backed to shine in the Euros if given the opportunity.

Doku who plays for Rennes was born to Ghanaian parents in Belgium. This is his first major tournament, a reward for his consistency since Roberto Martinez handed him a debut last year.

Jeremy Doku
Doku is seen as Eden Hazard’s long-term successor and could have been playing in the Premier League now, but he turned down a move to Liverpool three years ago.

Also, Robin Kwamina Quaison made the Swedish squad. Born in Stockholm to a Ghanaian father and a Swedish mother, Quaison has been representing Sweden since 2013 but, surprisingly this is his first tournament.

Robin Kwamina Quaison
The 27-year-old has been named among the midfielders but can be used as a second striker as he enjoyed a great scoring season in Germany with Mainz. He scored 7 goals and set up 5.

Nikolai Alho
These seven didn’t get to meet Ghana’s President before making their decisions and will defend the badge, the flag and the anthem of their respective European countries.

Perhaps, Hudson-Odoi would have made Gareth Southgate’s squad if he excelled in the recently ended season. He’s the most notable Ghanaian absentee along with Inaki Williams who has also committed to Spain.