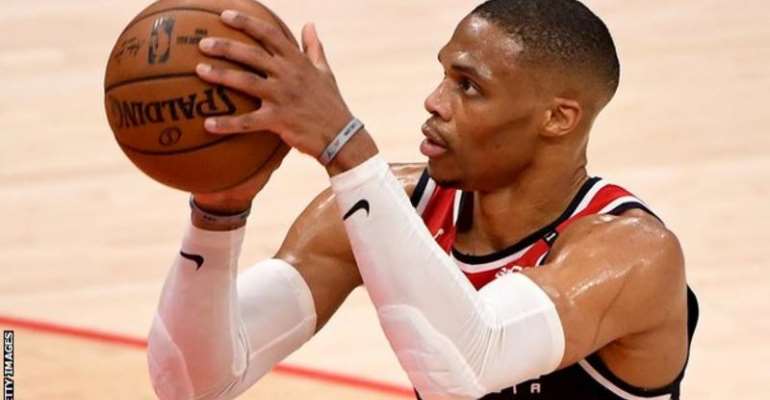 Russell Westbrook tied the NBA record for triple-doubles as he helped the Washington Wizards to a 133-132 win against the Indiana Pacers.

The 32-year-old also blocked a shot in overtime and landed the game-winning free-throw with one second remaining.

"To be in a conversation with Oscar, I just want to thank him, because he set the stage," Westbrook said.

"I take a lot of pride in doing everything that impacts winning, as much as I can leave it on the floor."

Robertson, who played for Cincinnati and Milwaukee during the 1960s and 70s, is regarded as one of the NBA's all-time greats.

Bradley Beal also registered 50 points for the Wizards, whose victory saw them move to ninth in the Eastern Conference.

The Brooklyn Nets ended a four-game losing streak with a 125-119 win over the Denver Nuggets, while Western Conference leaders the Utah Jazz beat the Houston Rockets 124-116.