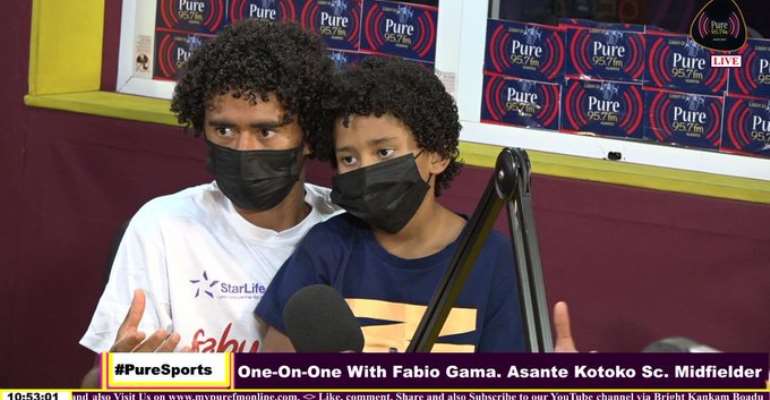 Playmaker Fabio Gama has described Asante Kotoko as the biggest club in the Ghana Premier League.

The Brazilian joined the Porcupine Warriors prior to the start of the 2020/21 Ghana Premier League.

Gama has dominated the headlines with his skills and ability to control the game.

The 27-year-old has contributed two goals and one assist in his last 3 games for the Reds.

But Gama says the team must prove their quality when they are on the field of play.

“Kotoko is the best team in Ghana, but we need to prove that when we are on the pitch," the former Brazil U-20 star told Kumasi based Pure FM.

“We also need to improve, to show that we are indeed the best in the country," he added.

Fabio Gama has so far made 15 appearances in his debut season in the Ghana Premier League.

Kotoko have won the Ghana Premier League 24 times in their history, four more than rivals, Hearts of Oak.

Gama, who missed Asante Kotoko's matchday 2 game against Great Olympics is expected to be back in Asante Kotoko line up when they host Medeama in the matchday 21 game at the Obuasi Len Clay Stadium.