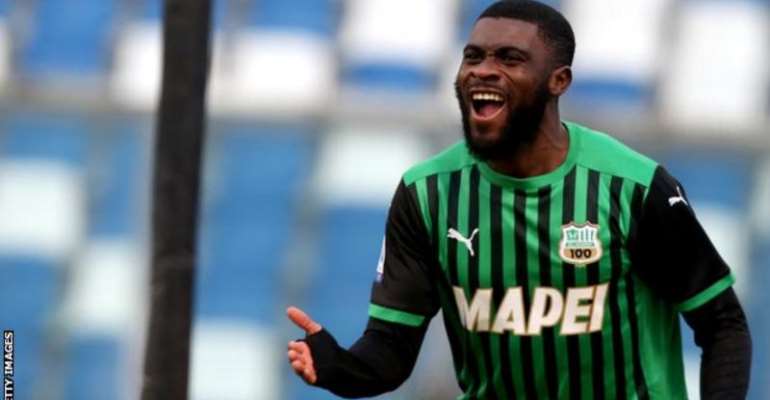 Jeremie Boga is hoping that finding stability and form at Italian Serie A side Sassuolo is going to lead to more Ivory Coast caps.

The former Chelsea player's only international cap was handed to him by Belgian coach Marc Wilmots as a late substitute in a 3-2 loss to Guinea in June 2017.

Since then the 24-year-old Boga has been overlooked, something that he wants to change.

"I have always wanted to play for the Ivory Coast, so it had nothing to do with me," he told BBC Sport Africa.

"It was a decision made by the manager who was in charge at the time.

"It's true that I was disappointed but now I have spoken with the new manager Patrice Baumelle and he's following us closely - we are in contact."

His next chance to play for the Elephants will be in March's final 2021 Africa Cup of Nations qualifiers away to Niger and at home to Ethiopia.

Despite being born and raised in Europe Boga's family made sure he knew about his Ivorian roots.

"I was born in Marseille, grew up in London and played for France at youth level, but the bond to the Ivory Coast is very strong nevertheless," he insisted.

"My family taught me to really know and love our country, and that's where it all comes from."

Boga also keeps in touch with his compatriots who ply their trade in Italy.

"I regularly keep contact to the other Ivorians playing in Italy, especially to those of my age like (Lazio's Jean-Daniel) Akpa Akpro or (AC Milan's Franck) Kessie," he explained.

"We also meet up sometimes in our free time, but with Covid it has become impossible now, so we have to chat on our mobiles.

"There is so much talent in the team and all it needs it's stability. The new manager needs the necessary time to make young players grow and gain experience.

"It's a matter of stability and consistency; once we get them, our football will be much better. And if I keep working hard and doing well, I hope to make the next call-up." 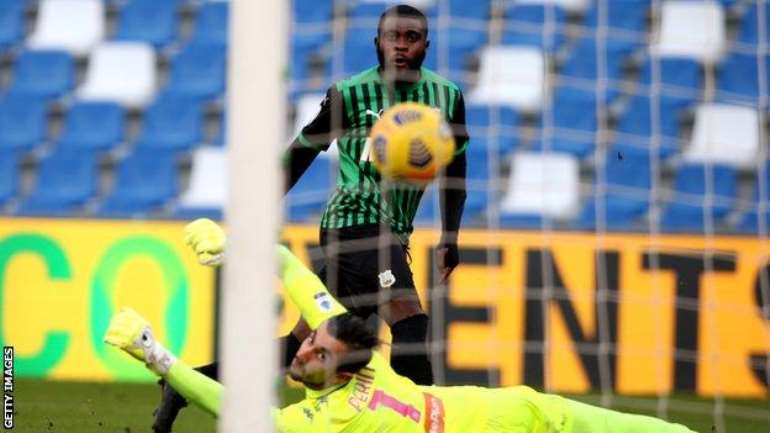 Despite a tough start to this season that saw him miss September after contracting coronavirus and then picking up a thigh injury Boga has been in impressive form for Sassuolo in recent months.

The team from Northern Italy seems to be the ideal club for a player like Boga, who joined them in July 2018, with its state-of-the-art infrastructure, an openness to youngsters and a relative lack of pressure.

"Everyone has made me feel at home here since the very first day and I have always felt the confidence of staff and teammates," he said.

"My goal is to play a very good season here and achieve my personal and team targets, which we keep to ourselves but I assure you they are very high."

This is his third season with the Neroverdi (Black and Green) and has begun to impress the coach Roberto De Zerbi, who recently said that only Lionel Messi is better than Boga when it comes to dribbling.

Indeed last season in Serie A he managed 11 goals in 34 games all while attempting 232 dribbles, 132 of which ended successfully well ahead of second-placed Dejan Kulusevski who attempted 152 at Parma. 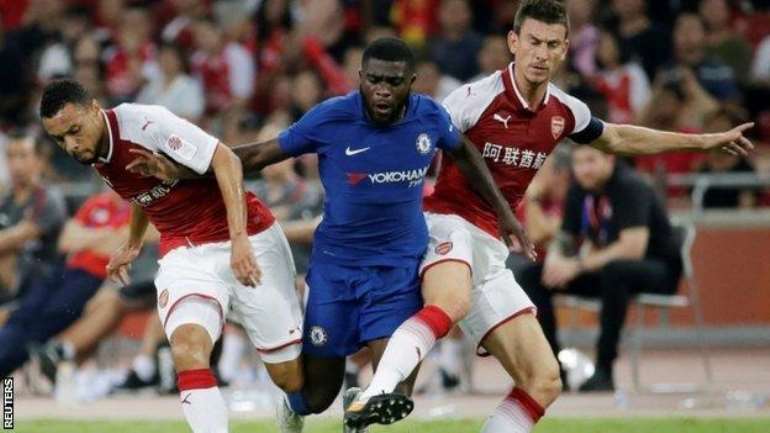 Jeremie Boga was capped by France at under-16, under-17 and under-19 level, but then switched to Ivory Coast in 2017

It has taken him a few years to find the stability that has helped him flourish over the last few seasons.

Boga was born in the French city of Marseille in 1997 but then moved to London at the age of 12 so he could join Chelsea's youth academy.

"The first years were difficult to be honest," he recalls.

"Everything was new: the country, the environment and language, the style of football. I also had to make new friends.

"Thankfully my family was there to help me adapt and keep me strong. Looking back at it, I am happy that I moved to London and I don't regret anything about that decision." 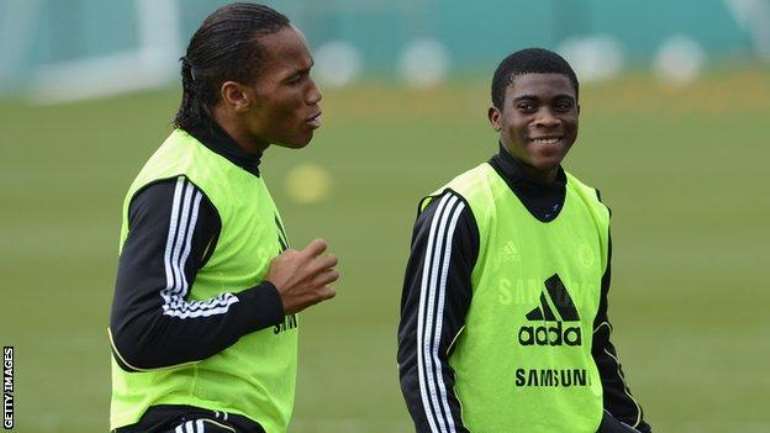 After working his way up the ranks he found it impossible to break into the first team at Chelsea and so had to settle for one-year loan spells at Rennes in France, Girona in Spain and Birmingham City in England.

His only Premier League appearance for Chelsea was in August 2017 as they lost 3-2 to Burnley, with Boga being substituted after just 18 minutes to make way for defender Andreas Christensen after Gary Cahill was sent off.

After his loan spell at Birmingham City he signed a permanent deal with Sassuolo and he remains philosophical about the start of his career.

"Being at Chelsea and being loaned out was definitely a bit frustrating for me, but that didn't come as a surprise either," he explained.

"At that time, young players weren't given many opportunities at Chelsea, so the best option for me was to leave and mature on loan.

"I am not judging Chelsea for not giving me that much time on the pitch. Everyone has his own path and I simply followed mine.

"Maybe I could have had longer loan spells in the past, maybe two years instead of one year only, but when I decided to finally leave Chelsea to move here, I took the perfect decision for my career.

"In terms of my development, Sassuolo is exactly what I was thinking of at that time."

Boga will now hope that his performances in Italy mean that he can earn more international caps for Ivory Coast.

A/R: Over 500 houses earmarked for demolition in Afigya Kwab...
13 minutes ago