Andre Ayew thrilled with Swansea City’s away win against Barnsley 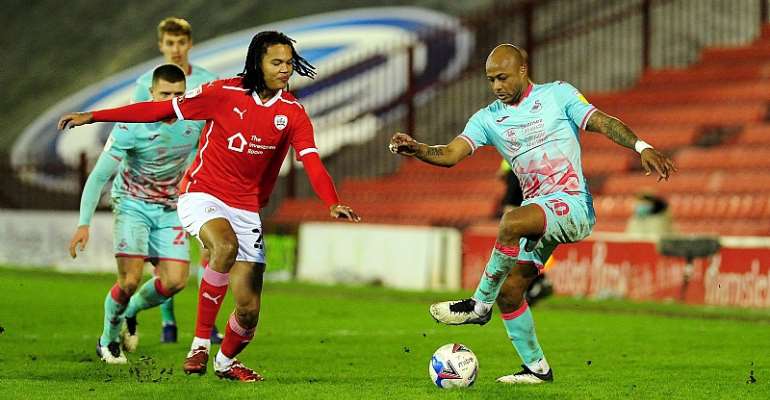 Swansea City forward, Andre Ayew has expressed his delight at the team’s massive 2-0 win against Barnsley in the English Championship on Saturday night.

The Ghana international today lasted the entire duration of the encounter at the Oakwell Ground while playing a key role to ensure his team bagged all three points on the road.

On the matchday, goals from defender Ben Cabango and striker Jamal Lowe made the difference for Swansea in what ended as a 2-0 victory against Barnsley.

Taking to his Twitter page to react to the triumph, Andre Ayew who enjoyed the game has rallied his teammates to keep going as they bid to secure promotion to the Premier League at the end of the 2020/2021 English Championship season.

With his appearance on Saturday night, Andre Ayew has now featured in 23 matches for Swansea City this season. He has contributed eight goals and two assists in the process and remains an integral part of the team.