insists it's better than Hearts' anthem
By Evans Gyamera-Antwi 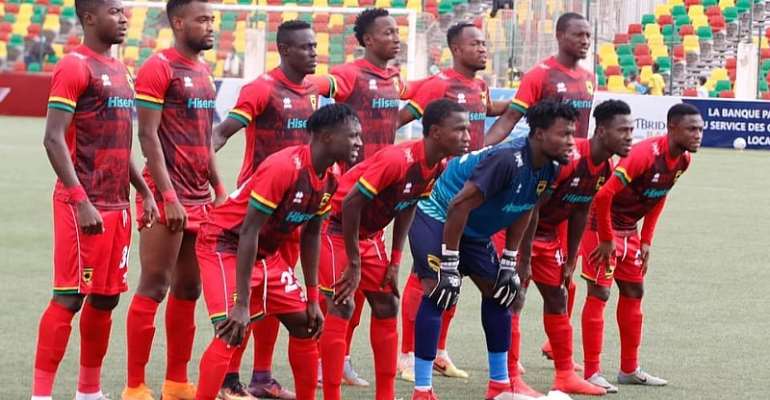 The song titled “We Are The Fabulous Boys” was composed by Charles Yaw Nyame Newton, a staunch fan of the Porcupine Warriors who has supported the Kumasi based club since his infancy.

The song which is sung in English is inspired by the fact that the arch-rivals of Asante Kotoko, Accra Hearts of Oak have their official club anthem sang in English and the fans of the Accra based side have always teased Asante Kotoko of not having any proper song with English lyrics.

According to Charles, his song which is composed entirely in English will put a stop to such teasing from fans of Accra Hearts of Oak.

Speaking to ghanasportspage.com , the “Honhom Kronkron” composer explained that the purpose of the song “We are The Fabulous Boys” is to ginger the players of the club and its teaming supporters to come out victorious in any competition the club competes in.

He believes the emergence of this song marks the beginning of another winning era for his darling club. Some of the lyrics of the song include the following:

“We are the fabulous boys, fabu

We are the fabulous boys, fabulous! Fabulous, fabu.

We are the Fabulous Boys, Asante Kotoko, mighty and strong, delightful team.

We are the Fabulous Boys, Asante Kotoko, unstoppable, unbeatable.

According to the composer Charles Newton, his song beats Accra Hearts of Oak’s famous “Arose, Arose”. It is of public knowledge that even many fans of Asante Kotoko including some of the club’s officials are strong admirers of the “Arose, Arose” tune, but Charles thinks otherwise.

“When I was a kid, if you listen to the Arose, Arose then your hearts begins to beat. We thank Mr Pat Thomas for composing a very good Twi song for Asante Kotoko. When I was a kid our fellows were teasing us that you Kotoko don’t have an English song, and now God has helped us to come out with this one”, he narrated.

Asked which is better, Hearts of Oak’s “Arose! Arose” or his newly released cheer song title “We are the Fabulous Boys”, Charles obviously will tilt towards his own and he did so.

“Uncle, ours is far advanced, that of Kotoko is very advanced and far better”, he compared.

Charles Yaw Nyame Newton is a Masters Degree Ghanaian student in China who is into music as well. He urged Asante Kotoko players and supporters to use this song a means of motivation to go and beat Al-Hilal football club in Sudan on January 6, 2021, when the two clubs face off for the second leg of the second round of the CAF Champions League preliminaries.

Click on the link below to watch and enjoy the full song by Charles Yaw Nyame Newton: