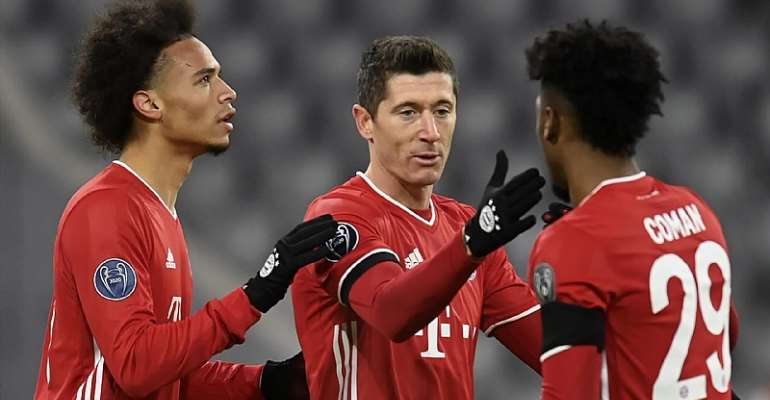 Both sides started brightly but it was Salzburg who had the better chances. After an error from David Alaba both Mergim Berisha and Enock Mwepu forced good saves from Manuel Neuer.

But it was Dominik Szoboszlai who had the best opportunity, blasting over from close range with only Neuer to beat after latching onto a fine clipped ball from Berisha.

And Bayern made him pay. Having only truly threatened with shots from distance, another shot from outside the box led to the goal, with Thomas Muller's effort palmed away by Cican Stankovic and falling kindly to the predatory Robert Lewandowski, who tapped the ball into the empty net.

Just minutes after half-time, things got worse for the visitors, with Kingsley Coman having a dig from the edge of the box, with the ball taking a horrible deflection off Maximilian Wober and trickling into the empty net with Stankovic having already dived.

Marc Roca's second yellow card seemed to give Salzburg a path back into this match but those hopes were soon extinguished by Leroy Sane's header, finishing from close range after a wonderful ball from Coman.

Berisha was rewarded for a lively performance when he pulled one back from close range but it was too little too late for Salzburg, who remain winless from their four Group A matches. Bayern march into the last 16.