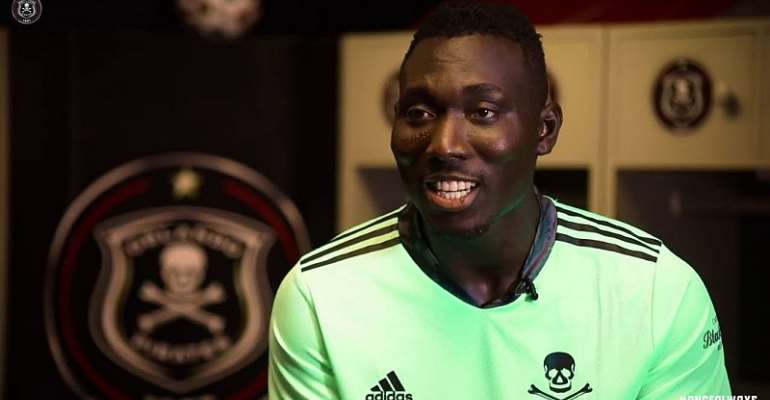 Former Orlando Pirates goalkeeper, Deshi Bhaktawer has lauded the decision of the club to sign Richard Ofori but stressed that it will take a team effort to perform.

Ofori, a Ghana international joined Pirates from Maritzburg United on a three-year deal.

"Look, it's difficult to say, Pirates being such a big club you know there's a lot of pressure for anybody to perform at that club," Bhaktawer tells KickOff.com.

"So from the moment you arrive there, there's pressure on you. The pressure can often... it can drive people, but it can also cause people to make mistakes you know. So ja you know I reckon he'll do okay, he's just got to work hard.

"Ja look, I think the goalkeeper's role these days has changed drastically. For a couple of years now in Europe they want goalkeepers to be able to play. I know when I was in Spain they wanted exactly the same thing. They wanted a goalkeeper to use his feet to pass the ball 50-60 metres as well.

"Because it changes the way everybody plays, it pushes everybody forward. So I think if he's able to adapt to that, it will maybe add a new dimension to his game. And it will change the way Pirates play. I think the new Pirates coach will want to play from the back as well."

Asked if he thought Ofori was the missing piece in the Pirates puzzle, Bhaktawer was positive.

"It could very well be," he says. "You know what, there's not one person that's going to change things. It's going to be a team effort, and I think also how he gets on with his back four or the people playing in front of him, if he establishes his relationship there quite quickly, then I see him being successful.

The 26-year-old shot-stopper joins the Buccaneers after 3 seasons and 85 games with Duban-based outfit. He kept 29 clean sheets whilst conceding 80 goals.

Black Stars goalkeeper is expected to be the number one glovesman with the Bucs for the new season.

Orlando Pirates start their season today when they take on AmaZulu FC.