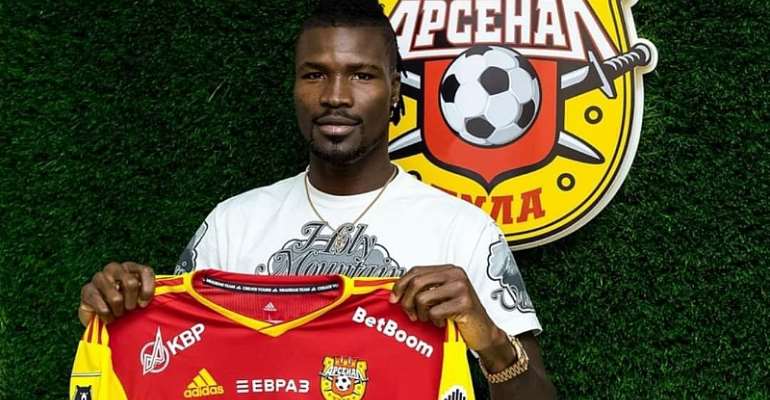 Modernghana Sports can report that FC Arsenal Tula has completed the signing of Ghanaian defender Kadiri Mohammed on a season-long loan deal.

The Russia Premier League club is bent on enjoying a successful campaign throughout the 2020/2021 football season and has reinforced its squad with the acquisition of the highly-rated center-back.

This will be the second rodeo of Kadiri Mohammed at FC Arsenal Tula with his first stint coming in the 2018/2019 season where he joined on a similar loan deal from Austria Wien.

“The 24-year-old will play for the gunsmiths for the rest of the season on loan”, am official club statement from FC Arsenal Tula has announced today.

Kadiri Mohammed has joined the Russian club from Ukrainian giants Dynamo Kiev. He will hope to enjoy a stellar campaign to enhance his chances of a permanent deal at the end of the season.

I dare confused, boastful Shatta Wale for a battle at stadiu...
50 minutes ago