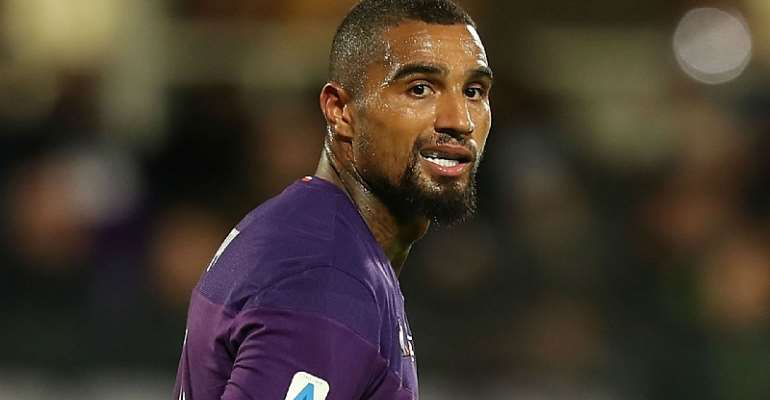 Fiorentina club Sporting Director Daniele Prade has revealed that Ghana international, Kevin Prince Boateng is not fully in their plans.

The 33-year-old who joined the club in the summer of 2019 from US Sassuolo, the forward could not make the expected impact and had to spend the second half of the 2019/2020 season on loan at Turkish club Besiktas.

However, the former AC Milan an Barcelona forward has returned to the La Viola ahead of the 2020/21 Serie A season.

But according to Daniele Prade, the club is open to offloading the veteran forward in the ongoing summer transfer window.

"Boateng is the only player from last season who I don't have in my plans 100 per cent”, the Director said in an interview.

KP Boateng has been linked with possible moves to Hellas Verona and a few clubs in the American MLS.

It is also understood that the forward is wanted by former club UD Las Palmas.