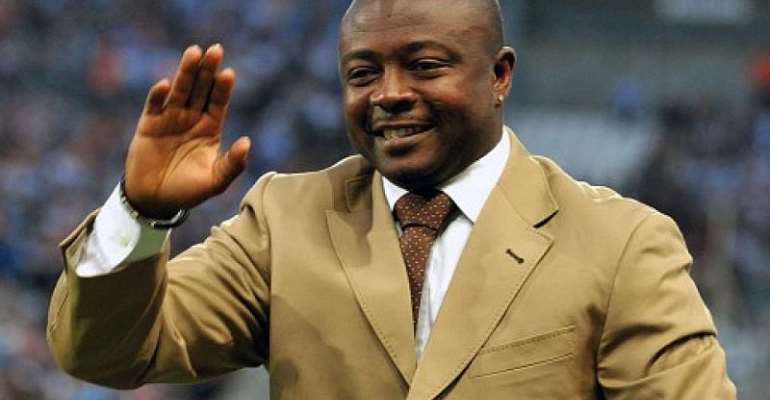 Ghana and Swansea City kingpin, Andre Ayew, has applauded his father, Abedi Ayew Pele, for paving the way for African players to excel in Europe despite the existence of racism.

Black Lives Matter took the world by storm following the death of George Floyd, who was killed by an American police officer who knelt on his neck for over eight minutes.

Celebraties, footballers and activists demonstrate and demanded for justice for black people around the globe.

According to the 30 year old, the role played by his dad and players of his generation in helping eliminate barriers stopping black players from moving to Europe.

“If you look back to the years before my dad’s time, it was even worse than now. These players like my dad paved the way for everyone to come in and prove that black people can do the job in Europe”, he told Sky Sports.

“I remember playing in Russia in the Europa League versus (Zenit) St. Petersburg, getting bananas thrown everywhere.

“People have gone through worse, I’m talking about my personal experience, but I’ve seen friends going through things and I just feel like that’s not how it should be.

“We need to make sure that we stamp our foot on the floor and make sure that it changes. Nothing’s easy but we need to keep going and not give up on what we believe in. I think that can take the world to another level.”

Abedi Pele’s first shot in Europe came in 1983 when he moved to Sweden-based club, FC Zurich from Al Sadd, but he’s known for his displays with French side, Olympique Marseille.

Some MMDCEs will be approved in December because of controve...
30 minutes ago