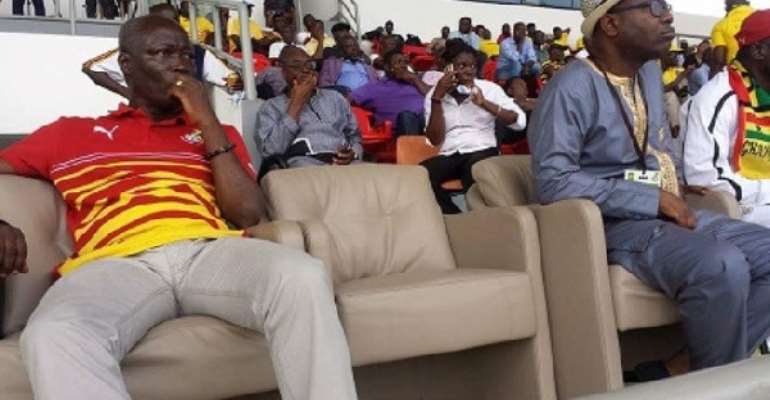 Mr Nyantakyi, a former CAF first Vice president and former FIFA Executive Council member resigned from all his positions in football following a documentary by investigative journalist Anas Aremeyaw Anas in June 2018 which uncovered the rot in Ghana football.

Nyantakyi was seen in the video accepting gifts which were deemed to be against the FIFA code of ethics, leading to a lifetime ban by the world football governing body.

He also used the name of the President of the Republic and the vice president of Ghana, Nana Akufo Addo and Mahamudu Bawumia to solicits for funds.

However, a movement to have the state pull the plugs on its prosecution of former GFA President Kwesi Nyantakyi has received an endorsement Premier League and Division One League clubs.

The petition which is the brainchild of Kofi Manu, also known as Blue Boy, a known loyalist of Kwesi Nyantakyi has so far received an overwhelming endorsement from clubs.

But Nii Lante has supported the call for Kwasi Nyantakyi to be freed by the government as he continues to face legal charges from the state.

"If people are yearning for free Nyantakyi movement I don’t think there is anything wrong. In this world, I think everybody should be given a second chance," he told Accra based Asempa FM.

Even God who created us forgives us our sins and offers us a second chance. Even murderers are given the chance in prisons to reform provided they are not killed.

Nii Lante who was noted for his hostile relationship with the GFA president during his time as Sports Minister said he had nothing against the former Ghana FA boss, just that they didn’t agree on certain issues.

“I don’t have anything against Nyatakyi as a person, he is my friend and I don’t believe he also has personal thing against me. We only did not agree on the paths to do certain things.

"It means that as human beings our path can cross at any time. He believed this is the way we have been doing things whiles I thought this is how we have to do it, and that should not bring a problem between us,” Mr. Vanderpuye said.