Empem Dacosta To Terminate Contract With Kotoko After Receiving Compensation 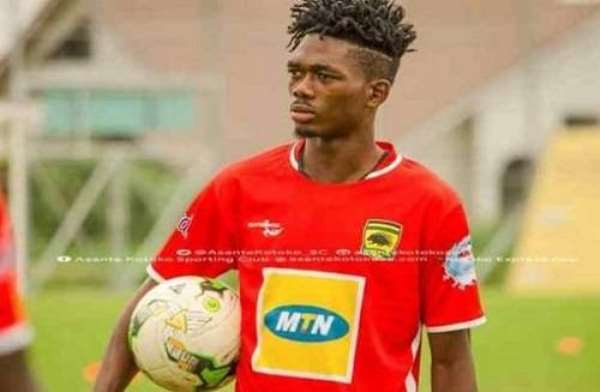 Defender Empem Dacosta will finalize the termination of his contract with Asante Kotoko once he receives all his compensation from the club, his representative Blessing Kwaku has noted.

The talented defender joined the Porcupine Warriors club with a lot of prospects last year from Karela United.

Under Coach Maxwell Konadu, Empem Dacosta struggled to earn a place in the first eleven and featured in only 3 games before the Ghana Premier League campaign was called off as a result of the Coronavirus pandemic.

Information picked up has now indicated that the defender is set for an exit from Asante Kotoko. The player’s representative Blessing Kwaku has disclosed that Coach Maxwell Konadu has made it clear his client is not needed in his team.

“The coach has disclosed to us that he doesn't need Empem Dacosta at Kotoko. We have accepted his decision”, he told Kumasi-based Wontumi FM in an interview.

He continued, “We are only waiting for the club to pay us and terminate the contract officially. We are asking for all entitlements to paid to us”.

Reports suggest that Legon Cities FC has an interest to sign the player and could make a move if his issues with Kotoko are settled.