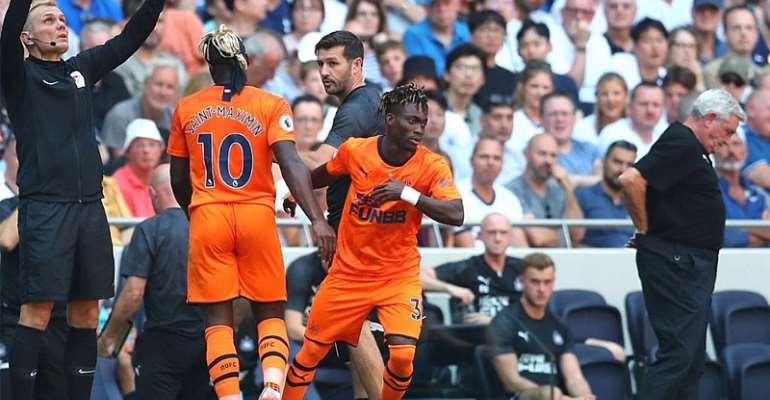 Ghana winger, Christian Atsu is hoping to take his chances and maintain his form ahead of the 2020/21 football season.

The 28-year-old endured a torrid campaign last season due to injuries.

Despite a year left on his contract with the Magpies, the winger is hoping to impress ahead of the 2020/21 English Premier League season.

“I think this is going to be an important season for me," Atsu told The Northern Echo.

“I have been here for four years now and I have had some good times and played some good games – but I still don’t really think people have been able to see the best of me, certainly not on a consistent basis.

“That is the challenge now, to make sure this season is different.

“I am very happy with the way the team is playing and the way we are trying to press teams, I think that will help with my game.

“The biggest thing for me this season is to be consistent.

“I have had some good performances with Newcastle but I need to start being more consistent and keeping my standards at the same level through the season.

“That is probably what has held me back in my time at Newcastle so far, I haven’t been consistent enough.

“I am working as hard as I can to try to improve that, I feel as though my fitness is getting better and hopefully that will help me when I am on the pitch.

“I am playing a bit further up the field under the new manager and I am happy about that, I think it suits the way I play.

“The manager has said he really wants me to press defenders and I think that suits me.

“I think it will help me create things because if the opposition lose the ball, I am already in front of it and that makes it easier to get forward and attack. Hopefully, that will mean I am assisting more.

“I feel like the sharpness is starting to return.”

Atsu joined Newcastle from Chelsea in 2017 and has so far made 80 EPL appearances scoring three goals and providing three assists.