Boxers, Fans And Officials Can’t Wait For The Return Of Their Game 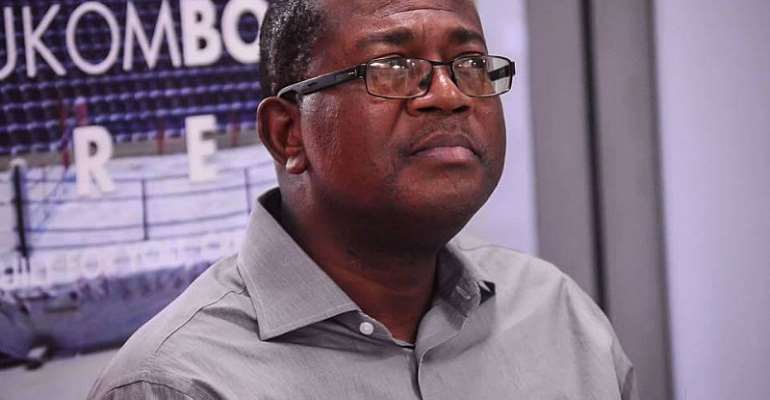 President of the Ghana Boxing Authority (GBA), Peter Zwennes has repeated that the Covid-19 gave Ghana Boxing a Knock Out Punch which they are now finding ways to recover and stand firm again.

Speaking on GTV Sports Plus Special Programme on Boxing, hosted by ace broadcaster and presenter, Benjamin Willie Graham, he said the GBA has studied various guidelines from the world sanctioning bodies like the WBC, WBA, IBF, WBO who have allowed other jurisdictions to start organizing bouts, and they are also coming up with measures and precautions to get Ghana Boxing back.

He said boxing has started in other jurisdictions with no crowd, and we must be able to do same as fans watch in the luxury of their homes.

He, however, noted that it would not be easy to beam bouts to people’s homes as all the boxers, officials and security must be tested of Covid-19, and securing sponsorship and TV rights is not so easy to come by.

He expressed that the GBA is working closely with the Trust Sports Emporium (TSE) and other stakeholders and promoters to come up with a package.

He said organizing bouts with no or few fans has been done before with the MetroTV/ Mortein Fight Nights, and it can be improved.

He appealed to the president, Nana Akufo Addo and the Ministry of Youth & Sports to ease restrictions on boxing so that the boxers who have been starved for some time can make some ends meet.

He said boxing has given the nation many honours and laurels, so they should be considered and supported.

Other boxing promoters who were on the programme were Mr Michael Annan of Dons Promotions and Mr Ellis Quaye of Cabic Promotions who supported the return of boxing as soon as possible because their investments over the few months had been wasted.

Ring officials of international repute, Ataa Eddie Pappoe and Mr Michael Neequaye also contributed via Zoom and said they cannot wait for the return of boxing.

Others who were on the show via Zoom were trainer and manager of Bronx Gym, Carl Lokko as well as world contenders, Patrick Allotey and Obodai Sai.

Carl Lokko said Covid-19 gave them a big blow, but they are finding ways to adjust their training programmes and keep the boxers focused.

Mr Annan expressed that boxing is big business, and it is time the sports authorities understand the game very well.

He noted that Ghana has talent but other nations like South Africa, Namibia and Tanzania who are investing more are taking over in Africa, whereby Ghana can be the Las Vegas of boxing on the continent.

He hinted that his part of Ghana boxing is worth over One million dollars.