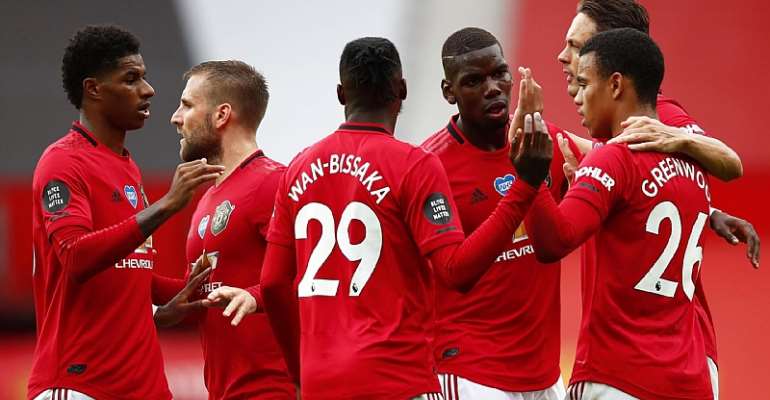 Manchester United moved into the top four - for a few hours at least - with an emphatic come-from-behind victory over Bournemouth.

Junior Stanislas gave the Cherries a shock lead after 15 minutes, nutmegging Harry Maguire before beating David De Gea at his near post to score a goal that will have had Roy Keane ready to go to war, but United’s response saved their blushes.

Mason Greenwood drew the hosts level, blasting past Aaron Ramsdale after Bruno Fernandes set him up, and Marcus Rashford soon had a chance to give United the lead after Adam Smith handled in his own six-yard box.

Rashford did just that, scoring from the penalty spot despite Ramsdale guessing right, and Anthony Martial then made it 3-1 just before the break with a stunning strike from 20 yards which curled satisfyingly into the top corner.

A dreadful start to the second period from the hosts looked to give Bournemouth a route back into the match, with substitute Eric Bailly giving away a penalty Josh King converted shortly before fellow substitute Arnaut Danjuma scored a goal disallowed for him being narrowly offside.

With the Old Trafford side suddenly looking vulnerable after the break, Greenwood grabbed the game by the scruff of the neck and scored a solo goal with his other foot to restore the two-goal cushion. Fernandes then added a fifth, slamming a free-kick beyond Ramsdale, but it could have been 10 in truth.

While United are up to fourth, the porous Cherries remain 19th and in huge trouble.