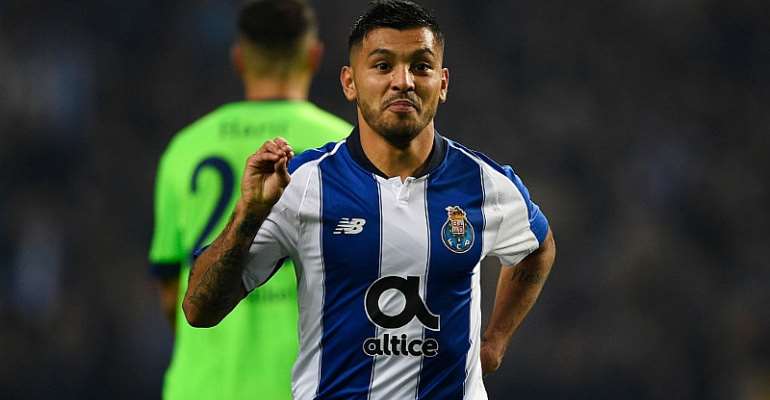 The aptly named Jesus Corona scored FC Porto's first goal upon its return to action on Wednesday after three-month hiatus amid the coronavirus pandemic.

Corona, 27, scored his side's only goal in a 2-1 defeat to FC Famalicao, slotting home a neat finish in the 78th minute.

"That is incredible. Porto's first goal back since lockdown was scored by Jesus Corona," said one Twitter user, while another wrote: "Porto just scored and it's Jesus Corona. 2020 Matrix confirmed."

Another user said: "You cannot write a better script."

The Mexico international's goal was his third of the season for Porto, which currently sits top of the Primeira Liga, ahead of rival Benfica, who have a game in hand, by one point.

Corona has been heavily touted for a move to Chelsea FC this summer, with the player's agent, Matias Bunge, revealing a possible transfer and already been discussed with the English Premier League club.

Bunge told Medio Tiempo last month: "At some point, we talked to them [Chelsea]. I cannot say if he's option A, B or C, now they are rather rumours.

"We'll have to wait a bit for this to continue moving forward and for the leagues to begin again, and from there see what the next movements will be because the market is a little bit stopped."