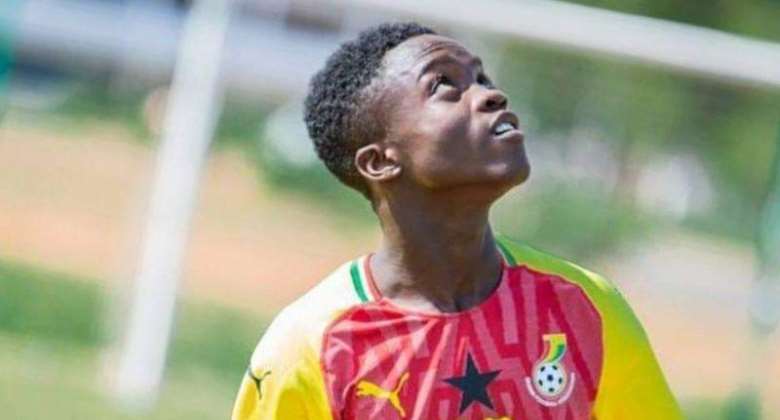 The 16-year-old attacker has been tipped for an illustrious career after establishing himself as one with talent in the short time he has played for the Porcupine Warriors in the Ghana Premier League.

Speaking in an interview with Asempa FM, the Ghana U-17 poster boy says he believes he is ready to represent the country at the senior national team level.

“I have played for the Under-20 before and I did very well. I am ready to play for the Black Stars”, Mathew Anim Cudjoe shared.

While many say he is too young and should play for the junior teams, for now, the forward insists he has the right mentality to play for the Black Stars and is confident coach CK Akonnor will give him the opportunity he seeks for.

“It's not about age. It's about mentality. I know they will call me. I want him (C.K Akonnor) to call me. I have confidence that he will call me to play for the Black Stars”, he noted.

Mathew Anim Cudjoe is of interest to some of Europe’s giants including German Bundesliga side Bayern Munich as well as French Ligue 1 Champions PSG.

He has already enjoyed a successful trial with the Bavarians and could join the club in the summer.