Striker Majeed Waris Talks About His Demotion At FC Porto 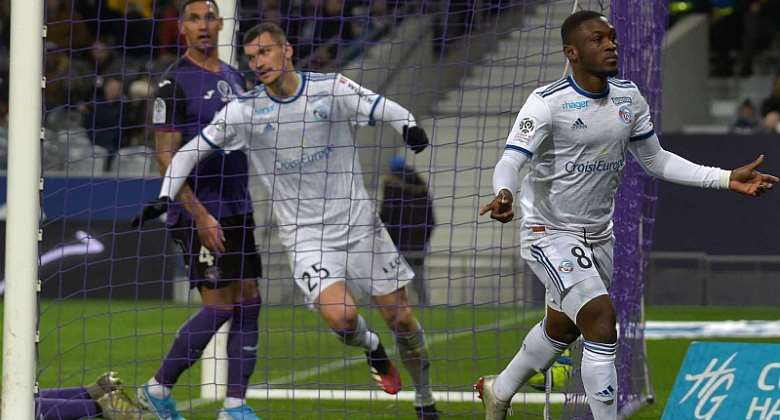 Striker Abdul Majeed Waris has revealed that he was demoted to FC Porto second team with no clear explanation.

After returning to the club from Nantes after his loan spell, Waris was demoted to the second team ahead of the 2019/20 season in the Portuguese topflight.

However, the Ghana international joined French Ligue 1 side, FC Strasbourg on loan.

Speaking to Get Football News France in an interview, Waris said, "After my season in Nantes - I had a very good season there then I went back to Porto and there were some issues that had nothing to do with me. I was hoping to fight for a position in Portugal and then because of the issues – I didn’t have a clear explanation about what I had done – they said I had to train with the B team without any clear explanation.

"So I said 'Ok, I have a contract with them and I have to respect that' but I tried to approach people to get a clear explanation and they didn’t give me one. So I said 'Ok, no problem' and I started training with the team.

"But I had a lot of good options as well. I was supposed to sign with Alaves and there were a lot of issues around that as well and it didn’t happen.

"During my time with the B team, a lot of my friends and my coaches were saying you’re too good to be here, you have to move on.

"Sometimes things change, so I had to just keep working really hard until this January came and I’m here now and it’s in the past now."

So did Waris ever find out the reason for his first-team sideline at Porto?

"I think it was an internal thing between them and my agent but I don’t know exactly what was happening – I’m not someone who wants to get involved with the agency work," he said.

"With the agency work, there’s no honesty there and I didn’t want to be part of something like this.

"If I want to be around football I’d rather prefer to work with kids than be at the top even though there’s a lot of money involved – there’s no honesty and people are not straight with their decisions."

The 28-year-old also threw light on his failed move to Spanish sides Deportivo Alaves and Leganes last summer, forcing him to remain at Porto for the first half of the season.

"Yeah, I actually went there [Alaves], I did the medical and I was waiting to see what happened and it didn’t happen at the end. So these are some of the things I mean, I didn’t know exactly what was happening."