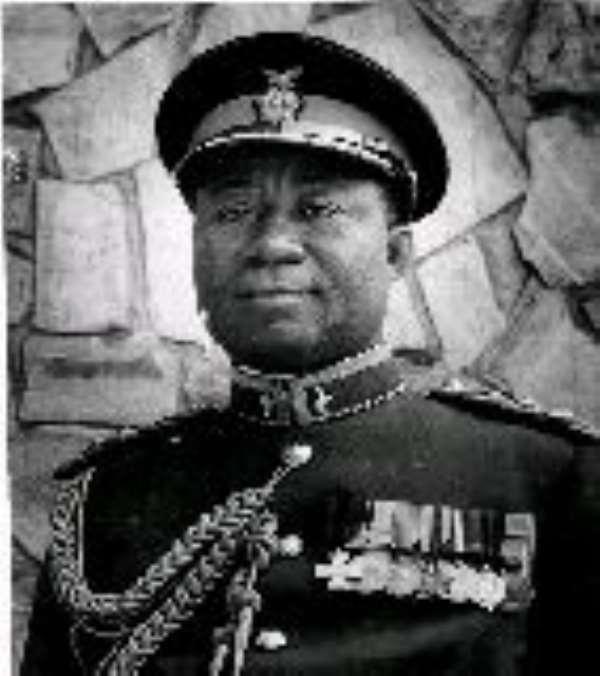 Joseph Ankrah was born on 18 August 1915 to Kofi Ankrah and Beatrice Abashie Quaynor. He attended Wesleyan Methodist School, Accra and in 1937 due to his sportsmanship received Cambridge School Certificate. In 1939 he was Mobilised into the West Africa Frontier Force on the outbreak of World War Two. He was in the UK with the Officer Cadet Training Unit in 1946. Ankrah was Commissioned Lieutenant (Within 14 years of his commissioning he rose through the ranks to become Lieutenant Colonel) in 1947

In August of 1960, Ankrah was Appointed Colonel (This was a high achievement then because there were few Ghanaians in his officer corps and Ankrah had to compete with a host of British officers to earn the promotion) He was part of the UN Peace-Keeping Force in Congo, Brigade Commander of force based in Lutuaborg, Kasai and was awarded the Military Cross for acts of unsurpassed gallantry in Congo.

He was promoted to Brigadier in 1961 . He performed his duties with such distinction that he was promoted Major General and appointed Deputy Chief of Defence Staff. In 1966, as a result of his excellent soldiering qualities, Ankrah was recalled from enforced retirement following the February 1966 coup to be Head of State. As Chairman of the NLC, Ankrah became Commander-In-Chief of the Ghana Armed Forces following the death of Kotoka and in 1969 was forced to resign as Chairman of NLC and Head of State over a bribery scandal involving Franz Nzerebe, a Nigerian businessman. Results of an opinion poll conducted by Nzerehe, contracted by the NLC for that purpose, showed Ankrah as the most popular person in Ghana from a field of prominent people including Afrifa and Busia. A commission of enquiry revealed that "monies changed hands" between Ankrah and Nzerebe which might have influenced the outcome of the polls. Ankrah was forced to resign.