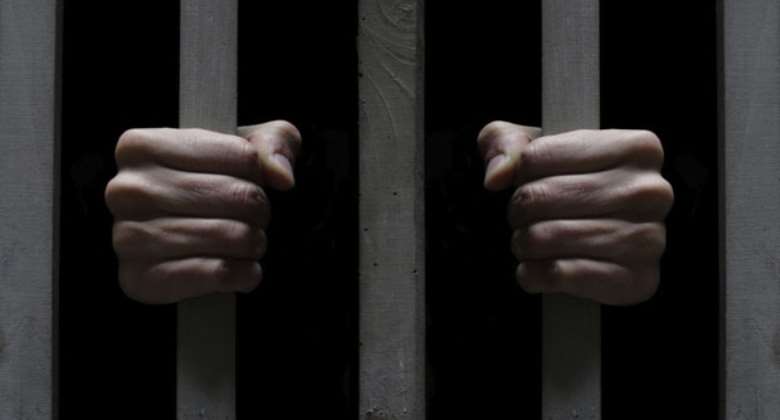 The two suspected murderers of the late Edward Quartey Papafio, 64, Biochemist Consultant at Maame Dede near Adeisu in the Eastern Region, have been remanded into Police custody.

The murder is believed to have been committed on January 16, 2020.

The two fetish priests namely Christian Gameli Larwae, alias “Power” and Famous Adorkunu, alias “Scorpion,” both 37, residents of Maame Dede and from Fekpe in the Volta Region were arrested on April 21 due to Police intelligence.

Commissioner of Police (COP) Isaac Ken Yeboah, who is the Director- General of the Criminal Investigations Department (CID) told the media that, on January 17, this year, Reverend Comfort Ruth Quartey Papafio, wife of the deceased reported that her husband left his house at Kasoa on January 15, at about 0300 hours and had still not returned.

He said Police intelligence gathered that the victim was last spotted at Adeisu near Nsawam in the Eastern Region.

COP Yeboah said on April 29, they arrested the suspects to assist the Police in their investigations and both admitted interacting with the deceased who was later shot and killed on January 15, 2020 at their shrine.

He said the suspects then led police to where the deceased was buried in their shrine.

He said on April 30, a team of Pathologists, personnel of the Crime Scene Management Unit, Forensic Science Laboratory, Drone and CID Operations Unit exhumed the body of Papafio, after an exhumation permit was granted by a Court.

Mr Yeboah said the suspects also led police to another site which had no exit, where the pathologists retrieved a decomposed body from the grave, who has been identified as one Kwasi Zormelo, also from Kasoa.

He said the team retrieved human parts, head attachments, beads, suspected to be that of a woman, skeletons among other items within the same perimeter.

COP Yeboah said a decomposed human flesh wrapped together with bones and buried were also retrieved from another grave including human skull and idols.

He said from December 2019, the two suspects conspired to kill the deceased consultant and lured him to their shrine, took away his GH¢10,000.00 under the guise of fortifying him spiritually for his company to flourish.

Mr Yeboah said on January 15, they invited him on phone to come for the last purification rite where they shot him dead and then Larwae took his mobile phones being Itel and Nokia, together with a bunch of keys and kept them with his third wife-Charity Gakudji at Mensah Bar near Oyibi, where he later led the Police to retrieve them.

He said Famous confessed killing the deceased with the Pump Action Gun belonging to Larwae, and that he collected all the moneys on the deceased before killing him.

Mr Yeboah said Police investigations also suggest that Larwae also murdered one Kwesi Zormelo, a Togolese and mason, resident at Kasoa, whom he had hired to construct a hotel for him in February 2020, when the said Zormelo demanded for moneys owed him.

COP Yeboah said the decomposed bodies, among the remains collected, had been deposited at the Police Hospital Mortuary, awaiting post mortem, anthropological and DNA tests.

He said Police on May 3, this year, found a gallon of liquid substance suspected to be human blood at Gameli's backyard, which he told police he drained from Papafio and Zormelo.

COP Yeboah called on the media to help eliminate the so-called money “doublers” by preventing them from carrying on advertisements through their medium.

He asked members of the public to desist from falling prey to these miscreants as they had nothing to offer.