Mahama Struggled To Even Provide "Common Chalk" For Schools – Bawumia 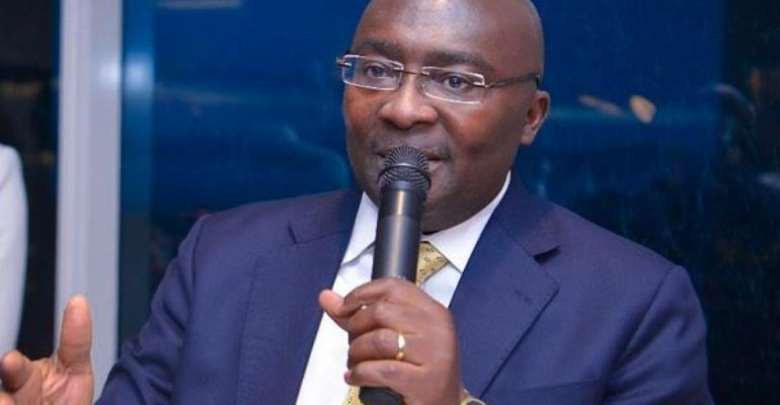 Vice-President Dr Mahamudu Bawumia has noted that former President John Dramani Mahama failed in managing the country when he was president.

According to Dr Bawumia, the nation was overwhelmed with a lot of challenges, including the inability of teachers to get ordinary chalk to teach pupils in basic schools.

“Common chalk was even a problem in our schools under former President Mahama,” Dr Bawumia told journalists on Monday, 4 May 2020.

In 2015, under the presidency of Mr Mahama, Mrs Matilda Amissah-Arthur, the wife of the then-Vice-President, Mr Kwesi Amissah-Arthur, came under heavy criticism for publicly turning down a request made to her by some teachers to help convince the government to, among other things, provide them with chalk.

The Headmistress of Kukurantumi Presby Primary School, Mrs Juliet Oppong, made the appeal to Mrs Amissah-Arthur after expressing gratitude to her for presenting five sets of computers to the school.

The headmistress had pleaded with the wife of the Vice-President at the time, to lobby the government to provide some “basic” items like logbooks for teachers and chalk which, she said, were in short supply.

Her request, however, did not go down well with Mrs Amissah-Arthur, who, in anger, advised the school authorities to turn to its alumni for such basic needs.

“I will not give you chalk today; neither will I give it to you tomorrow. You have teachers; you have the PTA, go and buy chalk for the school,” she fumed.

After weeks of backlash, Mrs Amissah-Arthur, at an event to celebrate the 40th anniversary of Jack and Jill School in Accra, apologised.

“I was completely taken aback when the headmistress asked for chalk. My response was intended to encourage community participation in the school. If what I said has offended people, I use this opportunity to say: ‘I’m very sorry’,” she stated.