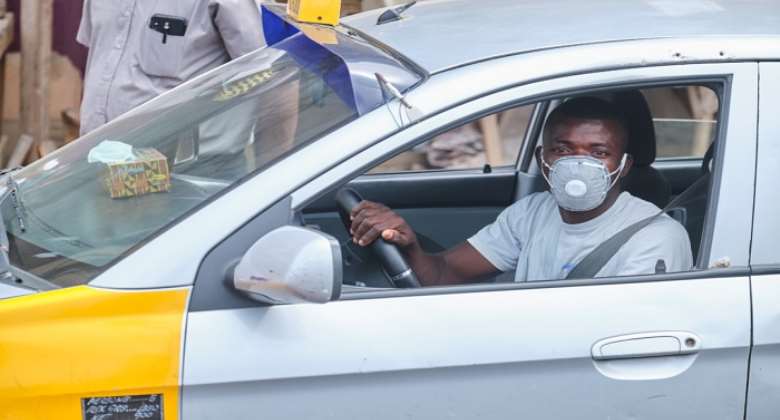 A team of police officers led by DSP Isaac Ostin, the District Police Commander for Somanya in the Yilo Krobo Constituency in Eastern Region has embarked on a face mask wearing exercise for taxi drivers in the area.

The education exercise were mainly directed to taxi drivers of the Somanya and Akutunya taxi stations.

The exercise which was aimed at ensuring compliance with the face mask directive as one of the measures towards fighting COVID-19 in the country as directed by President Akufo-Addo.

Speaking to First1News, DSP Isaac Ostin said as a law enforcement agency there was the need to ensure compliance of the directive measures to battle the novel pandemic are been observed among taxi drivers who encountered people mostly due to the nature of their work.

“Make sure you insist passengers who board your cars in a politely manner to comply with the face mask wearing against the coronavirus battle,” he admonished.

DSP Ostin also advised the drivers to value the welfare of their health in these difficult times over money stating that with life, one is capable of doing everything.

He thereafter asked all to abide to the government directive protocols.