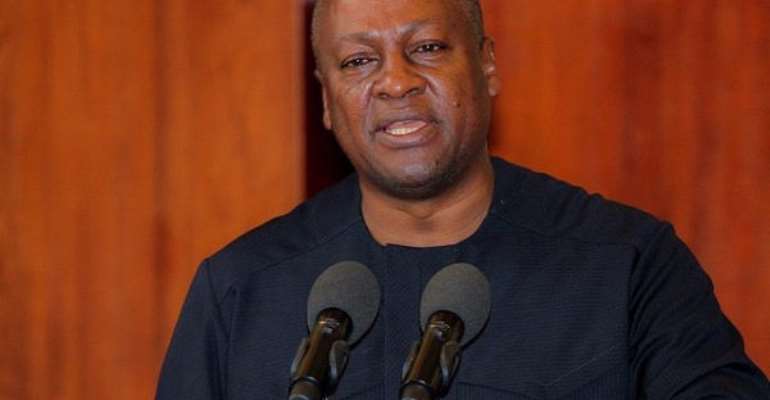 The flagbearer of the opposition NDC John Dramani Mahama has created the impression that he has already picked his running mate for the December 2020 Presidential election.

The former President although has not publicly made mention of any name yet, he said he has a firm grip on who will partner him as a running mate for the December elections which is just seven months away.

Speaking during his second live Digital Conversation, the former President however indicated that, it is not ideal to name a running mate when the country is still battling COVID-19 pandemic with 2,074 cases and 17 deaths, the fifth highest in Africa.

“In the midst of COVID, what is the use of naming a running mate? When you can’t outdoor the person and all. But let me assure you I have a fair idea who will partner me and for the elections after the necessary consultation with the national executives and council of elders are done we will do. I can assure you that he will make a significant contribution to the development of our nation,” Mr. Mahama responded to a questioner who enquired on the running mate.

The former President's statement literally suggests that the search for someone to match Vice President Dr. Mahamudu Bawumia whom the NDC suffered heavy punches during the 2016 electioneering period has ended. Mr Mahama's explanation is comprehensible even though some pundits have criticised the opposition party for lingering far too long. His comments suggest that the NDC has chosen to keep the person incommunicado based on its decision to focus on helping the government fight covid-19 and not one another as stated by our President, Akufo-Addo. Also, Mr. Mahama in his comment mentioned "...I can assure you that he will make..." This further draws the curtains on all predictions for a female running mate including potential females such as Prof. Jane Naana Opoku Agyemang former Education Minister and the ousted Electoral Commission Chairperson Charlotte Osei.

This comes on the back of claims that the NDC is in a state of confusion over who has the political clout and the credibility heavier enough to throw equal volley of ballistics, especially at Dr. Bawumia and shred the NPP into pieces. Even though few names have crisscrossed certain quarters within the corridors of the NDC including Ghana's longest-serving Finance Minister, Professor Kwesi Botchwey, others still hold the belief that the party maybe looking towards Ashanti Region. But in response to the barrage of what appears to be gluttony of attacks including even members within the party who are somehow worried over the void, the former President's comment suggests his running mate has been picked and yet to be named, if you like, announced after the necessary consultation with the national executives and council of elders of the party is done.