By Louise Owusu-Kwarteng - The Conversation
Article 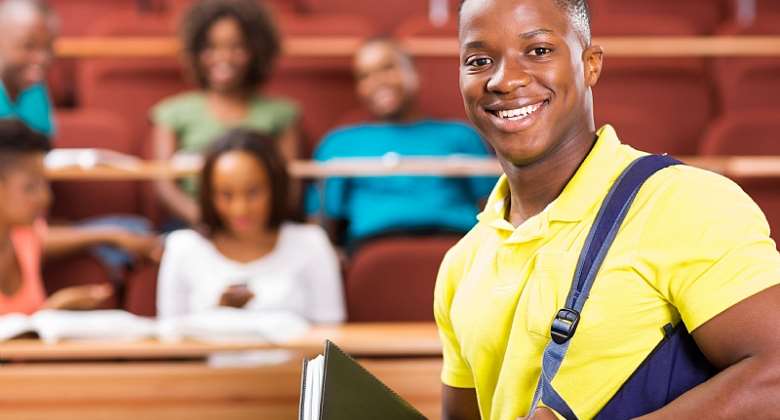 The experiences of British based West African students can be improved - Source: Shutterstock

The number of students travelling abroad for education has increased substantially over the past 20 years. UK Council for International Student Affairs data shows that during the 2015–16 academic year, 19% of students studying in Britain came from outside the European Union. Of these, 8% were from African countries. Most were South African (22%). Just over 20% came from West African countries.

West African students have been travelling to study in the UK since the 1700s . Yet there's limited research into the experiences of students in British institutions and how they adjust to life and learn in Britain.

In my paper , I explore educational experiences of undergraduate and postgraduate students from three West African countries – Nigeria, Ghana and Sierra Leone – based at a London university. I examine their reasons for studying in Britain, how they adapted to teaching and learning and how far these factors enhanced or undermined their education.

I found that the reasons they came to study in the UK don't differ markedly from previous generations. In essence, they want to boost institutionalised cultural capital and educational qualifications and enhance their chances of obtaining well paid employment back home.

I also found that some of the issues experienced by previous generations persist. This includes racism against immigrants and black and minority ethnic people in society.

Several students also reported positive learning experiences, like support in transitioning to new approaches to learning and teaching. Many embraced new knowledge and skills. They also recognised a range of excellent opportunities for contributing to university life and developing important networks for their future employability, as well as socially.

A history of West African Students in the UK

Among the early West African university students were children of business traders sent to Britain to enhance their skills. It also included students involved in Pan Africanist political movements, many of whom arrived in the UK during the 1920s, 30s and 40s.

More students were offered bursaries under the Colonial Welfare Act of 1946 , in preparation for the development of institutions in their countries of origin.

During the 1960s, a number of African countries were becoming independent from colonial rule. They required educated people to take up senior roles in the running and development of their countries. This resulted in a number travelling to the UK and US for their education. There appeared to be a preference for those who had received a Western qualifications as they were presumed to have more “skills” and ability.

On reaching the UK, many faced a multitude of difficulties which impeded their progress in achieving their goals. These often stemmed from financial issues. Though students received educational bursaries the money was frequently incommensurate with UK living costs. This meant they had to work alongside studying.

They were also adapting to new course content and different styles of learning. The most notable difference was the move away from “rote” learning to more analytical and self directive approaches. These took time to digest.

Taken together these factors resulted in a number of West African students not completing their studies. Yet they felt unable to return home, due to the sense of shame associated with not achieving their goals.

My research entailed in depth interviews with students from Ghana, Nigeria and Sierra Leone. This formed part of a wider initiative aimed at understanding the experiences of black and minority ethnic students. Key areas addressed included reasons behind decisions to come to the UK for their education, experiences in transitioning to British culture and life more broadly and also of teaching and learning.

The interviews highlighted the fact that racism faced by previous generations of African students persists. The belief remains that black (African and African Caribbean) home and international students are somehow less academically able than white students. For overseas students, this is further compounded by the notion that the quality of education that they received in their home country was somehow inferior.

A number of the students I interviewed said they felt that there was more emphasis on what overseas students “lacked” academically and culturally , rather than their contribution to the British education system.

These issues often resulted in lecturers having low expectations of students. Combined with family pressures and high expectations of success this reinforced the sense of “wahala” – or difficulties – sometimes associated with studying in the UK.

Students said they benefited from their experiences in UK universities. These included a multitude of transferable skills which could be used to enhance their employability in the UK, or if they returned home. Several reported that they were able to boost their social and cultural capital. Others indicated that they felt a real sense of achievement because they successfully navigated an education system and culture which was very different to their own.

Understanding the past in preparing for the future

While it is heartening that several of the participants found studying in the UK to be a positive and beneficial experiences, much still needs to be done to improve things for prospective West African overseas students.

Firstly, there's a need for greater understanding of their prior educational experiences. This could be achieved via focus group discussions centring on comparisons between approaches adopted in Britain and back home, highlighting gaps, areas for improvement and possible strategies.

A more inclusive curriculum incorporating thinkers from their backgrounds and which offers opportunities to share personal experiences would also facilitate more understanding of students, enhanced engagement and a greater sense of belonging.

Louise Owusu-Kwarteng does not work for, consult, own shares in or receive funding from any company or organisation that would benefit from this article, and has disclosed no relevant affiliations beyond their academic appointment.