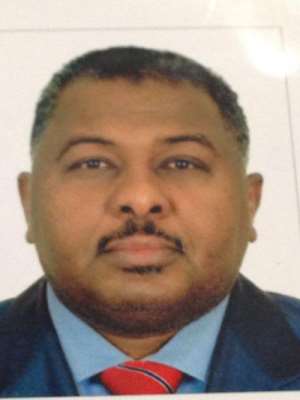 Whilst (COVID-19) continues to spread globally, causing yet more anxiety, uncertainty, and disruption, with dire impacts on the situations of malnutrition and public health worldwide, vulnerable parts of the developing world, particularly in Africa, are at risk of sliding into famine.

Calling for swift action to provide food and humanitarian relief to the most at-risk regions, a serious report issued by the World Food Program, has warned that the world is "on the verge of a famine pandemic" while dealing with the " COVID-19" pandemic, revealing that 821 million people are "suffering from chronic hunger" in addition to 135 million people "are marching towards the edge of famine", Noting at the same time that the Coruna virus, could push an additional 130 million people, to the brink of starvation by the end of 2020.

The report presented by the organization's director-general to the Security Council, states that the most vulnerable people are in 10 countries affected by conflict, economic crisis and climate change namely; Yemen, the Democratic Republic of the Congo, Afghanistan, Venezuela, Ethiopia, South Sudan, Sudan, Syria, Nigeria and Haiti. However, the report falls short to add another crucial element that kept on exacerbating directly and indirectly the food situations, in at least two countries in the list Sudan and Venezuela, namely; the economic impact of Washington’s unilateral and protracted sanctions.

Isn't it a shame that Sudan, that once globally labeled as one of the world’s potential food basket, ends up today unable to feed its own people and languish today in such list? Sudan, with its huge agricultural potential and richness, well-documented far and wide, should have been the otherwise today, part of the solution rather than of the problem; in fact, had external constraints and obstacle were spared, Sudan granaries, silos and mills, could have been by now, one of the major refuge and destinations, to be mobilized to contribute substantially in alleviating the consequences of such disaster.

Historically, Sudan has been the focus of attention since the first World Food Conference held in Rome in 1974, in the wake of the devastating famine in Bangladesh in the preceding two years, in which Sudan was nominated with two other countries namely Canada and Australia, to be the food basket of the world, especially in the field of providing grain, oilseeds and animal products.

As matter of fact, Sudan was not arbitrarily chosen by WFO as the choice was backed by multiple facts on the ground; with 175 million fertile feddans for agriculture, 102 million livestock, climate diversity, abundance of water (river Nile and its multiple tributaries) besides, an annual rainfall of more than 400 billion cubic meters. In the interim, Sudan’s strategic and distinguished location in the heart of Africa and above that Sudan’s accumulated experience of agricultural scientific research; the first agricultural research station in Sudan could be traced back to 1904, followed by the first Livestock Research Station in 1913.

Arguably, Successive representatives of the Food and Agriculture Organization of the United Nations (FAO) in Khartoum have continued to support these facts in their reports, stressing that with its vast tracts of land, and the availability of huge numbers of livestock, Sudan is practically eligible for addressing the problem of global food security.

To that effect, Sudanese people in their diversity at all times continue to have unanimity on one fact; their country has all what it takes, to be the world's food basket. Hence, they do have all legitimate and moral right to be frustrated by the chronic internal and external factors that continue to thwart for long years, the realization of their respective beautiful dream.

To zoom in closer, abridged study was recently prepared by a Sudanese economic specialist and was published in one the Sudanese social media in which he sets a comparison in numbers between Sudan and New Zealand for just the sake of argument. He found that Sudan cultivates perhaps twice the cultivated areas in New Zealand and that the number of workers in agriculture in Sudan is 36 times more than their peers in New Zealand, however and as anticipated, he ends up with the huge disparity in export earnings; New Zealand earns at least 12 times bigger in its agricultural exports that that of the Sudan.

The gentleman in his study - which could obviously beset with other countries as well - wanted to proof what is known necessarily; the poor production efficiency in Sudan remains the main factor behind such colossal gap in exports earnings between the two countries. However, the study ends on an optimistic note, in natural situations, and without external restrictions hindering Sudan’s access to suitable fertilizers, technology and the likes, currently available in New Zealand ) the Subject of comparison) Sudan would be easily in a position - without exaggeration - to raise its annual agricultural exports – leave alone the other sectors - to 92 billion dollars

This optimistic outlook was recently reinforced by Dr.Ahmed Al-Mansori, the Sudanese national and owner and CEO Al Rawabi Dairy Company which is a leading dairy and juice company in the UAE with an annual net profit of not less than 300 million dollars. Al-Mansori has emphasized in a series of famous lectures in Khartoum - available now in YouTube - on the future of the meat and dairy industry in Sudan, that with a little more efforts and technology, Sudan shall able to skyrocket its annual exports of meat and dairy products to around 124 billion dollars.

None else than these encouraging figures which encouraged the Arab League to seek again and yet more seriously to translate into the reality of what has been taught to children in Arab schools for years that Sudan is the potential food basket of the Arab world.

The Arab League approval of Sudan’s food security initiative came as well, in the backdrop of the widening of the food-gap in the Arab world which jumped to over 40 billion dollars annually. Hence, role of Sudan in providing adequate food for about 350 million Arabs, was re-highlighted and brought to the fore couple of years ago. The Arab League took the lead this time, asking the members countries – in their best interest- to pump money into Sudan to help achieving food self-sufficiency for the whole Arab world.

Intense political discords and polarizations in the region were many reasons that eventually resulted in the sine die stalling of such promising and pragmatic initiative, sadly enough after the scientific designing and mapping of giant projects have come along way. Nevertheless, it would be naïve here to exclude magic working of the U.S sanctions. In fact, special thanks should go again for the tightening Sudan’s financial banking transactions which practically nipped initiative in the bud and manage to hollow the very core of it namely; the finance.

it goes without saying that global capital is agnostic and has no loyalties , hence, As long as Sudan continues to languish in the American list of state sponsors of terrorism, doubts or anxiety shall continue to be the rule for almost all of the potential foreign investors or business partners in Sudan; obviously fearing unexpected American decision that might turn my business inside out.

The business community shall continue to be mindful, to that effect, of the fate the befell international banks such as the French bank (BNP Paribas) against which Washington levied a record fine of 9 billion dollars for its financial dealings with Sudan, and other countries. It was a clear message to other financial institutions around the world.

due to sanctions, Sudanese banking sector in Sudan, in particular, is still lapses into an almost complete isolation out of the global financial system, to the extent that multitudes of Sudanese expatriates in the worldwide today are still unable to deliver their financial contributions in support the increasingly fragile system battling hard today against the deadly Corona pandemic. In a time, Sudan sets a record worldwide, as the only country where the number of deaths due to Corona, exceeds the number of recoveries. What an alarming situation.

Even by the time when the world is increasingly convinced that COVID-19 has the potential not only to cause thousands of deaths, but to also unleash economic and social devastation, and in even by the time when millions of Sudanese across the country are already struggling to put food on the table, In perhaps the worst economic crisis since independence and even by the time when WHO sounds the alarm, that Sudan is in a situation of danger in the face of the corona pandemic, the ongoing undeclared campaign of discrimination and collective punishment against the Sudanese people continues unabated.

As if that wasn’t enough, that Sudan for seemingly elusive reasons, continued to remain for almost 25 years, the only country on face of the earth today, from amongst the group of 38 heavily indebted countries and (LDCs), that has not yet benefited from that global initiative of debt relief schemes (HIPIC ).

Again, in complete disregard for the pleas of the civilian-led government in Khartoum and equally in complete contempt for the ongoing rhetoric on the need of international unity and solidarity to stop this virus and its shattering consequence worldwide, and the urgency to that effect, of sanctions and heavy debts to lifted or relieved respectively, the very decision-makers chose to refuse, except to continue with the policy of isolating Sudan from all international initiatives.

Sudan was bitterly excluded and singled out from the list of 25 countries of the world, out of which 19 were African nations, which was announced by the World Bank on Monday April 13, to reduce the debt burden to help them dealing with the Corona pandemic. Is this how the people who led a great revolution offering various sacrifices for upholding the principles of freedom, justice and peace, should be rewarded?