COVID-19: The Woes Of Africa During And After 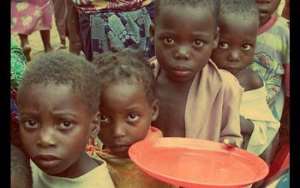 The fact remains undeniable that the COVID-19 pandemic is devouring the world into a commonplace of economic hardship and like the battle of the fittest, only the strong shall survive. While the most devastating COVID-19 continents battle their way through restoration of economic glory and restructuring their health systems, Africa, which has recorded the least fatality in the pandemic is crying for two things: Health and Hunger(the two Hs of Africa- my opinion).

In the wake of the pandemic across the globe, the fight for national sovereignty and economic glory was laid to bed for the protection of lives against the novel Coronavirus but the fate of some Africa countries remained decided to only political expediency and vein propaganda. The world owes it a duty to itself on how to regain its glory by a united force of leaders on the various continental levels, which already has started with the European Union having video conferences devising ways of rescuing the European continent after the pandemic. But what ambushed and killing the African continent currently is not the coronavirus but disunity and selfishness of its leaders; hunger and weaker healthcare systems.

The battle against hunger and health is becoming imperative and has taken a toll on the continent such that our leaders will have little time to make thoughtful decisions that could energize the African economy. Isn't it surprising that while we are scared of the pandemic, Ghana recorded more death to meningitis outbreak, and other countries are busily fighting malaria amidst the global pandemic?

The World Health Organization ( WHO), has well predicted more deaths in Africa at the early stage of the pandemic due to the level of poverty and inadequate health facilities but today, their predictions have changed to another disease that could kill many while giving full attention to COVID-19. China practiced the lockdown system and it worked, Italy practiced the same, U.K is doing the same and other European countries are doing the same and in fact, that is the best way to control the spread of the virus. But what is the case in Africa? The continent has so long been dependent on the European countries for survival and now even the Lords have Lord over them.

Many Africans today, can't afford a single meal in a day without going out to hustle at their various places of work – with this, how then can the lockdown system be effective in a continent like ours? By doing so, an old virus will breakout and the vaccine won't concern anything medical but food.

A three-week trial of the lockdown system in Ghana proved the point that hunger is more scaring to people than the pandemic. And I must say God indeed drives away flies from the tailless animals; the case of Africa in this pandemic.

Well, if there's hope for a breakthrough in the world then Africa will certainly be part; the prayer of a wishful continent but could this be real when any effort to have a united economic bond between member countries always proved fiasco? Europe will rise and come back strongly, America will do the same and the new masters of Africa; China is already on its toe ready to visit its servants. They will plan a united economic front to control and divide the Africa economy in order to maintain the dependency system and the dominance paradigm.

Nigeria before the outbreak had its land borders closed; a situation that rendered many businesses redundant in the subregion. This situation is not only common to Nigeria but Kenya, Sudan and Rwanda had their share before Nigeria. Africa is the richest continent in terms of resources yet the poorest in the world. The continent produces about 500 tons of gold every year and produces about 55% of the world’s diamond among other natural resources. If there's any continent to give aid or support other continents devastated by the global pandemic, then it is Africa. But the irony is obvious, the first to even need a loan from The International Monetary Fund ( IMF) to combat the pandemic in Africa.

The woes of Africa do not seem to be different from what is already the system; more borrowing, more interest rate to pay, cheaper resources in exchange for food and settlement of COVID-19 loans. Most Parliaments in Africa after the pandemic will have their debate categorized into how much loans to pay and who spent that amount. This is because, while we face a global challenge, there are those leaders who still see it as an avenue to make some more wealth in the dark as if there never will come a light after all.

After the pandemic, Africa will not be an epicenter but a pity center, where political gains will override the sense of nation-building because an election is just at the corner. To some African leaders, the issue is not about Coronavirus but who wins the next election; a mentality that will see many citizens run into their untimely death and divided. Just as it has started gradually in Ghana where the compilation of a new voter register has been prioritized over the safety of citizens; again for political expediency and power play.

The woes of Africa after the pandemic won't be mourning the deaths of relatives but becoming slaves to the old masters of the economy. Regaining the former status of the economy will even become a secondary matter as leaders will divide along the line of sovereignty and national heritage. But what is sovereign about a nation constantly indebted to a foreign government?

The educational systems in the world will surely be shaken after the pandemic but Africa's own may go somewhat oblivious with many students failing and getting constrained. This is because the existing educational system seemed too porous to counter principles of online teaching and learning especially Ghana where access to the internet is relatively expensive beyond the means of a low income earning person.

The songs and rhythms of joblessness will be increased as many companies might have laid off some workers to cut short staff numerical strength to meet the requirement of social distancing and inefficient productivity due to the pandemic.

Pervasive teenage pregnancy will not be taken out as school-going children are left to the frustration of the pandemic and jobless parents.

Amidst the woes, Africa can still make a change. Having a strong intercontinental Free Trade between member countries, joint forces on the determination of the price of some vital resources such as gold, Cocoa, diamond and oil, selfless leadership, stable political atmosphere and above all, in the dreams of Dr. Kwame Nkrumah; a united Africa can help change the fortune of the continent entirely from the system of dependency and the culture of borrowing. Let's remember that he who goes borrowing goes sorrowing as well.

Africa leaders and citizens! let's arise and change our destiny. We are the mother of human civilization and can become the next China and the next America in the world.

The woes of Africa may not be food or money but bad governance and spectators not citizens.

The writer, Patrick Kofi Akpese is a student journalist of the Ghana Institute of Journalism.

More Article
ModernGhana Links
Half the world's people could be at greater risk of malaria if control efforts do not improve
Here are five factors that drove low voter turnout in South Africa's 2021 elections
An African violin? New study tests which indigenous woods could make one
Bangladesh And Assam Can Benefit From Strengthening Trade And Connectivity Ties
South Africa's corruption busters: short-changed on funding and political commitment
Four reasons why physically punishing school children doesn't work
US and Africa: mending fences and building bridges in the face of growing China presence
Why South African political parties must find a balance between rural versus metro support
What lies behind Mozambique's failure to find lasting peace and true democracy
TOP STORIES