Mr. President, Where Are The Riches We Sit On? 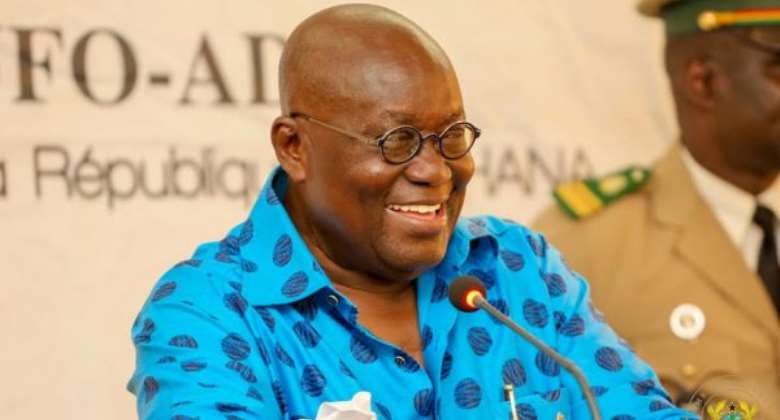 As many Ghanaians continue to wonder why the President lifted the lockdown restrictions and if it is the right decision, I am reminded of a statement the President made during the 2016 campaign that “yeti sika nso yebre”; which translated to English means “we (Ghanaians) are sitting on riches and yet, we are suffering”.

I am reminded of this statement because, despite the fact that the President promised to make our lives better, the economic situation of the average Ghanaian has barely gotten better. In fact, it can be argued that the situation for most working-class Ghanaians has gotten worse. I wonder now if the symbolic statement by the President which was certainly true then and remains true now was only said to win the favor of Ghanaians and not because there was a real intent to improve the lives of the Ghanaian masses.

The COVID-19 pandemic has exposed how the years of cuts in public and social spending has resulted in the neglect of the welfare of the poor and underprivileged in Ghana. For only two weeks, the government failed to ensure that all who needed food received it with many Ghanaians lamenting to the media about the food not reaching their areas.

The most worrying issue about the government failing to adequately provide for all those who needed food is that the lockdown was only limited to Accra, Tema, Kasoa, and Kumasi. You have to wonder what the case would have been if there was a nationwide lockdown.

For a country that is sitting on riches as the President rightly said, why can’t the government ensure that food is provided for all who are unable to afford it during this period and beyond? Many Ghanaians faced hunger on a daily basis before Covid and the State has a responsibility to cater for them.

Seeing how desperate people got over food after having to stay home for only a week shows the dire situation most Ghanaians live in. We are in a country where many have to hustle on a daily basis to get their daily bread, many others are unemployed and others are employed but earn poverty wages. The government worryingly seems not to care about the unbearable conditions ordinary Ghanaians have to contend with.

At a point during the President’s address on Sunday, he mentioned that there two fights we have left and for a second, I hoped he will talk about a fight against the widespread poverty in Ghana but that was not to be. More worryingly, not only did the President fail to address the poor and their needs, he rather made it clear that big business interests are going to be assisted financially. Looks like the suffering Ghanaian masses have to fend for themselves while the luxury hotels and industries receive government support.

With there still being a risk of the virus spreading, it is obvious that the President has placed the economy over the lives of Ghanaians. This is evidenced by the opening of markets and businesses and the continued closure of churches amongst others. Again, it is poor Ghanaians who cannot afford to stay home and need to go out to find their daily bread who are most at risk.

On the topic of government’s neglect of the poor, I am reminded of the inhumane treatment meted out to some residents of Old Fadama whose shelters were demolished during the lockdown with no provisions, whether temporary or permanent, made for them. What happened to the duty of the government to provide housing for citizens who are unable to afford one? Last I checked, so-called “affordable” houses at Mampong were costing GHC 99,000 for a one-bedroom apartment.

The longtime neoliberal-capitalist policies of the IMF have left the masses in Ghana and across the world greatly impoverished and we certainly cannot go back to those same policies. It is time for the State to move away from these failed policies and focus on fulfilling its responsibilities to the masses who brought them to power by introducing social programs and increasing social spending to assist the poor and vulnerable.

Shockingly, despite the plight of the poor being laid bare in this pandemic, those who are expected to be the voice for the voiceless seem to have shirked their roles with little pushback against the government.

As many including the Vice-President have said, we cannot go back to business as usual after this pandemic and it is important that the welfare and wellbeing of the Ghanaian people become a top priority for government moving forward.