FDA Under Fire Over Recall Of COA FS 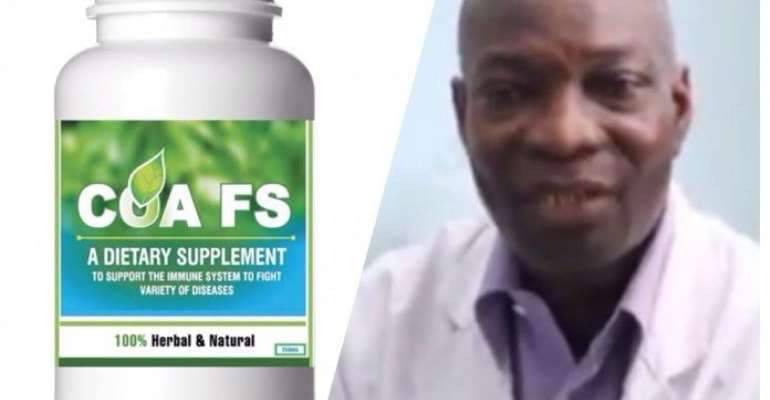 The order by the Food and Drugs Authority (FDA) to manufacturers of popular food supplement, COA FS, COA Herbal Centre to withdraw the product from the market over claims of unsafe consumption, has raised concerns over how the regulatory body relates to local entrepreneurs or companies who produce ground-breaking products.

Many Ghanaians have expressed surprise over the FDA’s action considering the fact that COA FS was on high demand following the outbreak of the covid-19 pandemic. Before the FDA’s ban on the wonder drug, there were hints that some respected officials were denigrating the efficacy of the drug, which have been acclaimed by many Ghanaians and some foreigners, who have tried and tested it.

There have been so many positive stories about the drug as many people who are battling life-threatening diseases like liver problems, cancer, diabetes, covid-19 stroke, etc.have all given heartwarming testimonies about the drug. Some Ghanaians, including some top officials at the FDA, believe that there could be other reasons for the recall other than the so-called contamination.

A highly placed source at the FDA has conceded that the regulatory body misfired when it announced the recall of the product without referring to the batch numbers.

“How can you recall a drug without making reference to the batch numbers? Are we recalling all the drugs? This is tantamount to collapsing the business of a hardworking local entrepreneur, whose product is world acclaimed! The FDA goofed and it must come again because this blanket statement is quite embarrassing for the regulator,” the source fumed.

COA FS Herbal Center has been cooperating with the FDA with regards to testing of its products over the years but the regulatory body appears not to be giving a reciprocal gesture. According to our source, the FDA official who did the last testing necessitating the recall of the product acted unprofessionally when he visited the factory in the Central Region, giving credence to the fact that the FDA may have a sinister motive.

Furthermore, there is currently a backlog of new COA FAS products awaiting testing and certification by the FDA but no move has been made by the regulatory body.

The herbal company has been compelled by the FDA to issue a statement, accepting blame, according to our sources.

The FDA under normal circumstances is required to give some time to companies to recall products from the market by themselves before going public. But this was not the case with COA FS as the FDA immediately made the announcement after its so-called testing.

So, the million-dollar question is, “Is the FDA really punishing COA FS Herbal Center or it is just flexing its muscles to a genuine company?”

Your dictatorial, political bloodshed will be responded, we ...
49 minutes ago