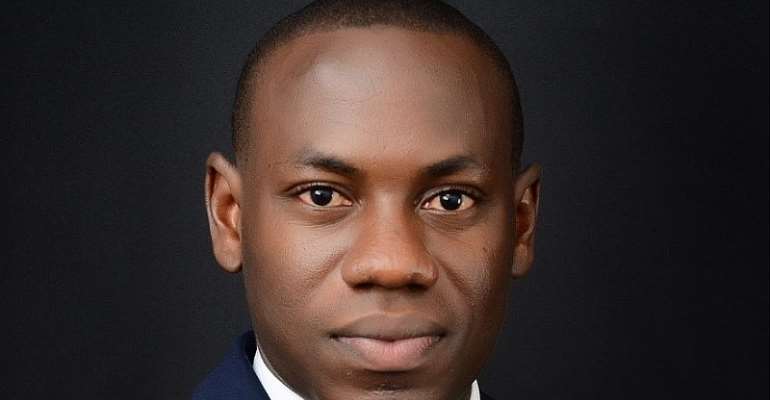 With the anxiety to know what the days ahead hold for the year 2020, taking stock of the first 90-days of 2020 makes for better planning and execution going forward. Undoubtedly, Quarter-1 (Q1) has been an eventful part of the year. As early as it may be in the year, the impactful happenings in Q1 may have made this the longest 3-months witnessed by nations across the globe.

Major global headwinds have resulted in multilateral organisations such as the IMF, World Bank and the Afdb predicting severe economic contractions and in extreme cases a global recession. This is largely due to the ravaging effect of COVID-19 globally, leading to it being declared a global pandemic by the World Health Organisation (WHO). Attendant issues to the global contractions include geopolitical issues such as price wars between Saudi Arabia and Russia leading to a 30-year record plummet in crude oil prices from US$63.21 a barrel in November 2019 to US$ 22.90 as at end of March 2020.

China is currently beyond the worst days of the coronavirus pandemic, and emerging economies such as Ghana are barely in the rising phase of the COVID-19 curve as depicted in Figure 1.0. Figures for Ghana as at 30th march showed 152 confirmed cases, 5 recorded deaths and 2 recovered cases. With the slowdown in economic activity for major trading partners such as China and the United States, it stands to reason that the World's second largest producer of cocoa may need to brace herself for the ripple effects of external economic shocks. In line with these expectations, the ruling government has instituted measures such as a partial lockdown, closure of borders to passenger traffic, tax waivers and extensions, establishment of a Coronavirus Alleviation Programme (CAP) and economic expansionary measures.

In response to the global pandemic, the government's expenditure is set to rise due to an increase in health-related expenditures, cost absorption for social amenities such as water and electricity as well as the establishment of a Coronavirus Alleviation Programme (CAP). This expenditure increase is contrasted by shortfalls in petroleum receipts, decline in revenue from import duties and drop in other tax revenues over the set period. The government anticipates a total estimated amount of GH¢9,505million (2.5% of revised GDP) for the revenue-expense mismatch. Measures being undertaken to fund the gap include funding CAP to the tune of GH¢1,250 million from the Ghana Stabilisation Fund (GSF), Securing the World Bank DPO of GH¢1,716 million and an IMF Rapid Credit Facility of GHȼ3,145 million. These measures undertaken by the government account for approximately 64% of the estimated GH¢9,505million as shown in Figure 2.0.

Figure 3.0 shows that historically the service sector has been the largest contributor at 40-45% of GDP. This is followed by the industrial sector at 30-35% and the agricultural sector at 15-25%. Although COVID-led global headwinds will have an impact on all sectors, certain sectors are set to be the hardest hit. The service sector is tipped to record a major hit with sub-sectors such as hospitality (hotels and restaurants), Transportation (aviation and vehicle transportation), Educational (tertiary, senior high and basic schools) as well as Tourism have already recorded major shutdowns over the period. Additionally, manufacturing and production industries are being heavily impacted on both demand and supply sides due to the partial lockdown. Major dips to be recorded is anticipated to be mainly due to the impact on the service and industrial sectors.

With revisions in global growth forecast by many multilateral and intergovernmental organisations, Ghana is likewise anticipated to follow suit. In the words of the finance minister, government anticipates projected real GDP growth rate to decline from 6.8% to approximately 1.5% in the event of a partial lock-down. Given tightening financial conditions, with slowdown in economic activity across the key sectors within the economy and associated computations, I anticipate a decline in 2020 GDP growth to approximately 1.6%, down from the 2020 growth forecast of 6.8% as depicted in Figure 4.0.

Given that the policy rate was for the most part of 2019 unchanged as shown in Figure 5.0, the drastic cut is testament of Ghana's desire to ease the global tightening on its economy. Additional measures taken by the government include the 2% reduction in the primary reserve requirement to 8%, reduction of Capital Conservation Buffer (CCB) for banks to 1.5% from the initial 3% and the reduction of transaction fees associated with digital forms of payments. Inflation figures released for March 2020 showed a 7.8% increase in price levels. Given current happenings, I anticipate a further climb in inflation due to cost-push factors mainly as a result of scarcity of certain food items; this rate of rise will, however, be tamed by a reduction in fuel prices due to the drop in global prices. Unemployment Figures: Further increase post financial sector clean-up

Unemployment figures have been observed to rise marginally for the past three (3) years (2017-2019), with 2019's rise being as a result of the financial sector clean-up by financial regulators. 2020 is set to record even higher unemployment figures due to the impact of the global pandemic on service and industrial sectors. Moreover, with majority of Ghana's workforce in the informal sector with daily survival means, protracted contraction in economic activities could lead to collapse of many small-scale businesses. Based on these assumptions and computations, I anticipate unemployment rates for Ghana to be at 7.2% for 2020 as captured by Figure 6.0

Given border closures by majority of Ghana's trading partners in Q1, there have been reductions in imported intermediate goods, slowing down manufacturing activities in Ghana. A leading upside to the reduction in imports of goods and services is the decline in the demand for foreign currency for the importation of goods and services. This has favoured the Ghana Cedi compared to major trading currencies as depicted in Figure 7.0.

Stock Market: Yet to Respond

The Ghana stock exchange since the first quarter of 2019 has recorded negative returns as portrayed in Figure 8.0. Given the current predicaments with companies struggling to sustain profitability, stock markets in general are expected to record further dips. The Ghana bourse on the other hand, is noted for being less efficient in capturing the transmission effect of companies' poor performance. It is therefore anticipated that returns of majority of stocks would dip over the next quarter. Stocks of companies in the telecommunication and technology space are however expected to run counter to the general decline in the stock market due to associated increase in demand for internet connectivity, airtime for calls and technological innovations within this period of a partial lockdown in Ghana.

The year 2020 presents both upside and downside risk to Ghana's economy. On the upside, Ghanaians stand to benefit from a reduction in fuel prices due to a drop in global prices. Additionally, border closures globally make for import substitution, thereby, enhancing local production of goods and services. Downside risk include a possible wider deficit due to mismatch in revenue-expenses in 2020. Secondly, inflation is expected to rise due to cost-push factors such as scarcity of certain food items in periods of border closures and lockdowns. Finally, unemployment is anticipated to increase due to job losses across the service and manufacturing sector as well as possible collapse of many small-scale businesses. From the foregoing, I anticipate a decline in 2020 GDP growth of approximately 1.6%, down from the 2020 growth forecast of 6.79% and a rise in unemployment rate to 7.2% for 2020 from the 2019 figure of 6.78%.