Trust Me, Accra Will No Longer Be Slummified 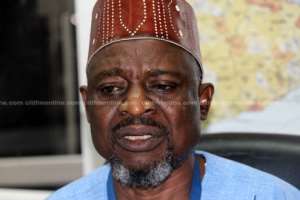 Left to kleptocratic loudmouthed opposition parliamentarians like the National Democratic Congress’ representative for Sagnarigu, in the Northern Region, for example, all the major cities in the country, in particular the Greater-Accra Metropolitan Area, would be indecently reduced to cholera-prone slums. This is why Mr. ABA Fuseini virulently lit into the salutary demolition of some sub-standard residential structures in Ghana’s capital by the ministries of Local Government and Rural Development, and Works and Housing, respectively, as well as the Accra Metropolitan Assembly, in order to enable the relevant authorities and sanitation workers gain ready and necessary access to the Korle Lagoon for the immediate desilting of the latter major waterbody to be undertaken, as a health and safety measure before the annual deadly flash flooding of the Greater-Accra Metropolitan Area (See “COVID 19 Lockdown: ABA Fuseini Blasts Govt Over Demolition at Old Fadama” News Desk – Modernghana.com 4/17/20).

In the past, to obviously score cheap political points with the very slum residents whose lives they criminally endangered, as well as doggedly and irrationally hold onto their sinecure and parasitic parliamentary seats, National Democratic Congress’ operatives like Nii Lante Okunka Vanderpuije have cynically and regressively hobbled attempts by extant Greater-Accra Mayors to wisely and foresightedly reduce the rampant incidence of the annual deadly flooding of our nation’s capital, which has been unwisely and irresponsibly rendered prone to massive flooding ever since any adult Ghanaian citizen can remember. You see, many of the recently demolished shanty structures are illegally sited in waterways by squatters on public lands; and instead of playing cheap ethnocentric or tribal politics with the life and safety of the Ghanaian people, Mr. Fuseini and his pathologically partisan associates and fellow travelers and political hustlers ought to responsibly be about the adult business of assisting the very progressive and visionary Akufo-Addo-led Administration of the New Patriotic Party (NPP) to secure adequate funding for the construction of more decent and affordable housing for low-income but hardworking Ghanaian citizens, including the male and female head porters and load carters who populate this unhygienic environment, whom Mr. Fuseini is presently mischievously pretending to be fiercely defending against unjustifiable official mistreatment.

For the information and enlightenment of cheap-talking populist political scam-artists like Mr. Fuseini, absolutely no group or class of Ghanaian citizens has an inalienable constitutional right to make the nation dangerously unlivable for the rest of us hardworking, taxpaying and law-abiding citizens. Which is why we have every reason and hope to believe that when Ms. Alima Mahama, the Local Government and Rural Development Minister, and Mr. Samuel Atta Akyea, the Minister for Works and Housing, are invited to the august floor of the House, to answer for the recent legitimately embarked demolition exercise that took place in the Old Fadama slummy section of the Greater-Accra Metropolis, these two progressive and dynamic Akufo-Addo cabinet appointees would be readily able to put cheap-talking parliamentary knuckleheads and administrative nuisances like the Sagnarigu NDC-MP in their place. It can absolutely not be gainsaid that the safety and development of the nation must be privileged over and above the cheap and tawdry political fart-letting that only unnecessarily and unwisely endanger the precious lives of hardworking and law-abiding Ghanaian citizens.

Feature Article
Powered By Modern Ghana
The Acquittal in Kentucky
Election 2020: Has the Voters' Register been sanitized enough?
Assange’s Thirteenth Day at the Old Bailey: Mental Health, Managed Risk and Publication Chronologies
Togbewo Afede XIV and Sri III: We Want to Hear Your Royal Voices Condemning the Western Togoland Secessionists
Western TogoLand (WTL) 'Independence’ and Road Blockades
Choosing America Over Partisanship
THRILLER IN TARKWA: Who Threw The Sucker Punch?
Gratitude To Those Who Made The Third Republic Possible
So Ghanaians have forgotten and forgiven the conspiratorial plotters in the GH51M scandal?
COVID-19 Updates Live Dashboard
TOP STORIES