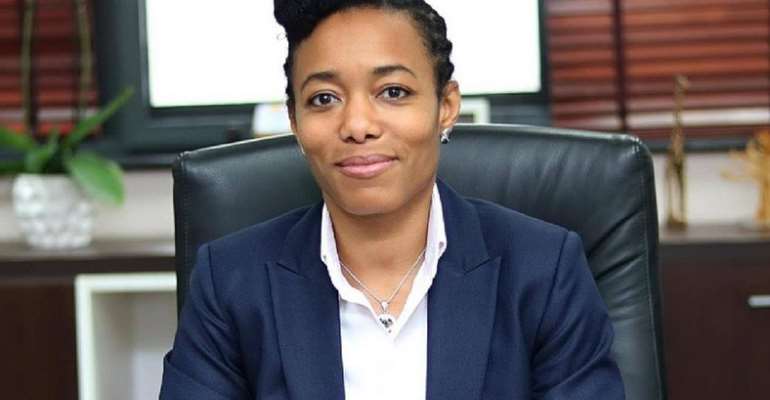 The Member of Parliament (MP) for the Klottey Korle Constituency, Dr. Zanetor Agyeman-Rawlings is calling on the government to probe the seeming politicization of food distribution amidst the Coronavirus (COVID-19) pandemic.

Government through the Ministry for Gender and Social Protection has been sharing food to the needy in communities that fall within the Metropolis put under lockdown as one of the many interventions to help people survive these difficult times.

Since the food distribution started, there have been some reports that it is done on a partisan basis where beneficiaries must flush out the party cards of the ruling government before being served.

Dr. Zanetor Agyeman-Rawlings is one of the persons who have accused the Gender Ministry in charge of the food distribution.

In a reply to her allegations, the Minister for Gender and Social Protection, Mrs. Cynthia Mamle Morrison hit back at the lawmaker stressing that the assertions from the Klottey Korle MP are fabricated lies.

“While expressing disappointment at Dr. Zanetor Rawling’s attempt to create political mischief out of a humanitarian situation, the ministry hereby states unequivocally that the allegations by Dr. Zanetor Agyeman-Rawlins are totally fabricated and not the facts on the ground”, she said in a statement.

She continued, “Again, the MP’s allegation that people are being asked to show party cards ostensibly by officials distributing Government food relief items is a total fabrication.

“To say officials of these state agencies and our respected military personnel are asking the poor and vulnerable groups to present party cards before food items are given to them can only be propaganda purported to undermine the efforts of the government”.

In a rebuttal, Dr. Zanetor Agyeman-Rawlins has released a statement in response to the Gender Minister.

According to her, it is unfortunate Mrs. Cynthia Mamle Morrison decided to resort to old fashioned political shenanigans in her reply, a path she will not chart.

Dr. Zanetor Agyeman-Rawlins is rather calling on President Nana Addo to “institute credible investigations into the seeming politicization of food distribution in this time of crisis. My constituents and I stand ready to cooperate and to present unimpeachable evidence before such an investigative panel”.

My attention has been drawn to a statement by the Minister responsible for Gender and Social Protection, Mrs. Cynthia Mamle Morrison in which she makes strenuous but unconvincing efforts to address the disturbing occurrences regarding distribution of food in these difficult times.

For the record, I wish to reiterate that the COVID-19 pandemic has created a major humanitarian crisis which does not warrant partisanship in extending support to the vulnerable.

It is imperative to recall that long before those of us in Klottey-Korle came to terms with what appears to be unconscionable levels of partisan discrimination in the distribution of food in our constituency, several of such reports had been widely reported. Indeed, Ghanaweb put out a video report of a lady who had been denied food because she could not produce an NPP card as far back as 10th April, 2020. The NDC Parliamentary Candidate for Ayawaso West Wuogon, Mr. John Dumelo had to locate the said lady and make donations to her following that report.

My colleague MP in the Ablekuma South Constituecy Dr. Oko Vanderpuije had to also go public about how food intended for the poor was being distributed in NPP vehicles under the direct supervision of the NPP candidate for that constituency. Dr. Oko Vanderpuije before speaking to the press about the unfortunate development had called Mrs. Cynthia Mamle Morrison on phone to bring the matter to her notice and to register his protest.

The media continues to report similar situations of seeming partisanship in food distribution across many lockdown constituencies. This is complimentary to reports from many Ghanaians who have shared their ordeal on social media.

This development is unGhanaian and inhumane and has led Civil Society Organisations such as the Center for Women in Politics (ACWP) to issue statements a few days ago condemning the practice.

Respectfully, I was expecting the Minister to have acted statesmanly by engaging me to assist her with evidence from the ground. At least she could have promised to launch an investigation into all these reports to determine the veracity or otherwise of the widespread claims. But rather unfortunately, she chose the path of name calling and engaging in old fashioned political shenanigans. A path I refuse to tread.

I call on the President, H.E. Nana Addo Dankwa Akufo-Addo to institute credible investigations into the seeming politicization of food distribution in this time of crisis. My constituents and I stand ready to cooperate and to present unimpeachable evidence before such an investigative panel.

May we learn to eschew needless partisanship in this defining period in the history of humankind and come together in true unity to win the war against COVID-19 and to protect the vulnerable adversely impacted in these apocalyptic times.