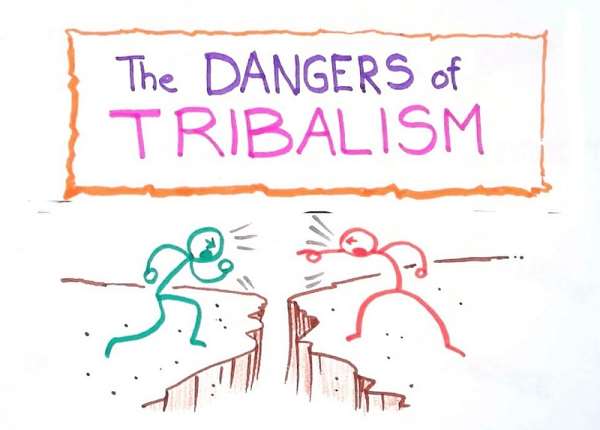 I will begin the writing of this article with a reference to the holy Bible, the source of all the wisdom human beings need in this world. I am aware that not all humans are Christians but I believe that what the Bible teaches about human behaviour is not different from that of the Koran or of the other faiths. Again, even pagans or fetishes do mention the name of God in at least some of their daily deliberations or performances.

When God rejected Saul as king of the Israelites of old because of his disobedience, He sent Samuel to Jesse to anoint one of his sons as king of Israel. As soon as Samuel saw Eliab, he thought he was the anointed one. But the Lord said no. ‘Not as man sees does God see but the Lord looks into the heart.’(1 Samuel 16: i-13). Jesse presented seven more sons but the Lord again said no. Then Samuel asked, ‘are these all the sons you have?’ Jesse then sent for the youngest son who was gracing the sheep on the fields. When David appeared the Lord approved of him and he was anointed king of Israel, and the Lord’s spirit descended on him. David lived in God’s favour to be a great king and the nation of Israel prospered.

I have decided to use the above reference as an introduction to my article because it aptly underlines the theme I intend to portray. God is the only One who knows best and so whatever is done in this world, especially, the election of kings or heads of state, His hand must be allowed to prevail. A ruler is to preside over a whole nation like Israel of old, and so it is absolutely necessary that such a person should be one with pure heart and great humility if the nation is to be successful. That is the reason why the Lord looks into the heart and not appearance in the choice of kings. Of course as human beings, we cannot look into the heart but a consideration of the person’s utterances, his actions and what other people say about him can help us to know what his heart is and therefore his character. This important common sense way of looking into a person’s heart is a necessary process that should be followed in the choice of modern day election of a head of state. I believe people know its importance too but because of greed and selfishness, modern rulers are elected through other ungodly and dubious ways. One of these is by looking just at the person’s appearance and considering the tribe he comes from and not looking into the heart as the Lord wants. The result is that the wrong person, one who is very insensitive, greedy, corrupt and visionless is elected as head of state or into a public position. Ultimately, the nation ends up in underdevelopment and hardships to the people. This is exactly what happens in Ghana and in most countries, especially in Africa. This election of a person into a national office based on the tribe the person belongs to is the canker that is destroying the development of the country. And unless people realize this destructive way of thinking and change their mentality the country will remain undeveloped.

At the moment there are two main political parties in the country, namely the National Democratic Party (NDC) and the New Patriotic Party (NPP). The NDC was formed by people from Ewe tribal decent but it produced two candidates who were not Ewes for national elections and were eventually elected as heads of state. This shows that the party is really a national one. On the other hand, the NPP which was founded by the Ashanti and Akyem dominated Akan tribe never even accept any member from any other tribe as the leader of the party or presidential candidate. This makes it an Akan tribal party and not a national one. I wonder whether the hierarchical members see it like that but whether they do or not, this is how the outsider does. The behaviour of the members of the party supports this Assumption.

By their nature, particularly by the way they behave, Akans think they are the only people who have the legitimate right to rule the nation. That is why they want their party leader to be an Akan all the time. In the event of a presidential election, they do all they can, physically and spiritually, to win it even if it involves sacrificing something, And if their candidate fails to win the election the security of the nation is always put at high alert and its peace at risk. They will not want to accept the non-Akan ruler and they will do all that they can to undermine, discredit, or destroy him.

Surprisingly, this attitude is not seen in the ignorant members only but also in the educated, and most shockingly, those who call themselves pastors and bishops, and members of the clergy who sympathise with them. These so-called men of God put their bibles aside and discriminate against, hate and criticise opponents, and join party members to destabilize the country. They do this without any thought of the impact their selfish actions will have on national development.

The late Dr. Kwame Nkrumah fought very hard for the independence of Ghana. When independence was about to be given, members of the then Akan dominated party from which NPP sprang, out of hatred for him, went to Britain and asked the Queen not to grant independence to the country. This was mainly because Dr. Nkrumah was not an Ashanti. He was an Nzema. Soon after independence, they started giving Nkrumah many internal problems including a bomb attack on him. This continued until they were able to assist the imperialists to overthrown him in a coup de tat.

The late Dr. Atta-Mills and ex-president John Mahama of the NDC were given the same problems in governing the country. Their aim was to make the country ungovernable for them, as one of them once said without any iota of guilt or shame. They did not see anything worthy or beneficial in whatever the ex-presidents were doing for the country. Even at the time the late Dr. Atta-Mills was very ill he was always bombarded with stinging criticisms and insults until he died. As for the late ex-president John Mahama, he had to endure the criticisms and stack lies until he lost a presidential election through dubious means. One of them later confessed that the election was not won through physical or democratic means.

One thing that NPP have to realise, if they have not quietly done so by now, is that it is the inclusive NDC whose heads of state really work for social and economic development of the country. No Ghanaian or outsider who is familiar with the country’s socio-economic situation can dispute that. The late Dr.Nkrumah was still developing the country when he was overthrown because of sheer dislike. His developmental work was continued by the late Atta-Mills and then by John Mahama who was also undermined and removed from office because he was not an Akan.

It is a general knowledge that members of the Akan NPP feel they should be ruling the country all the time. So they do all that are humanly and spiritually possible to gain and remain in power. But when they do get the chance, they never develop the country. Because of their greed and self-centredness, they rather destroy what had been put in place in their quest to acquire wealth. As I write now, the amount of money they have siphoned out of the country into foreign banks and the number of properties—mansions, hotels, petrol stations, etc- they have acquired in Accra alone during their terms in government will be more than all that is owned by other Ghanaians combined.

All this misappropriation of state resources can go on and on and the ordinary Ghanaians will continue to complain about the resultant hardships but their supporters will not caution or criticise the party and its government as they do criticise non-Akan heads of state or governments. Even if the whole country is excruciatingly suffering and dying, they will not open their mouths. This is because, to the vociferous party members and ignorant sympathisers, their heart and soul is the party and so no one dare criticise it or its government. Even the so-called men of God and members of religious bodies such as the Christian Council of Ghana and the Catholic Secretariat will insensitively and unashamedly be quiet. They will not like to condemn the party or government they secretly belong to.

So in the midst of severe suffering as it is usually the case, a few thieves from one tribal group in the guise of governmental duties, continue to rape the resources of the country. This is the sad tribal situation in Ghana. It is a worrying one and if it is not checked, it will take a long time for the country to develop. Jones Ababio.