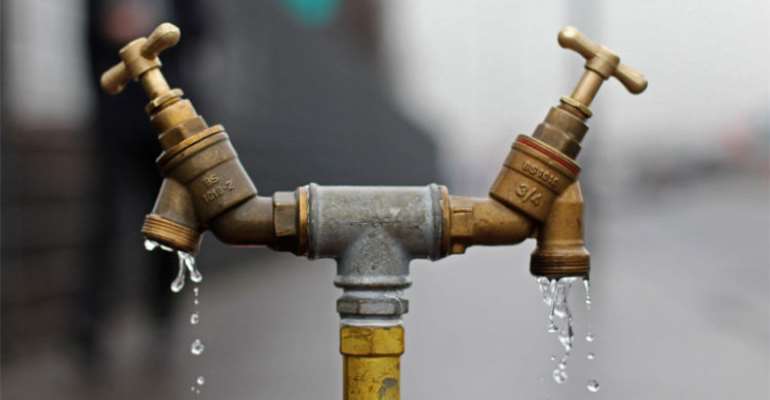 The government has to mobilise nearly GH¢300 million to settle the bills of all Ghanaians in April, May and June.

This is because the monthly bill of the Ghana Water Company Ltd (GWCL) averages GH¢95 million.

The Daily Graphic has also gathered that the water company also had to pay commissions to vendors and compensations to private vendors who had invested in infrastructure but had been asked to stop selling the water and serve the community for free.

“We’re yet to determine which amount will be given as compensation, we’re working out the modalities to enable us to come out with the actual figures,” a highly placed source at the company told the Daily Graphic on condition of anonymity.

Daily Graphic checks indicate that the indebtedness of ministries, departments and agencies, whose bills are usually borne by the government, also stands at GH¢137 million.

The amount represents a drawdown on the debt figures which used to be higher in previous years, indicating that the government has been paying its bills to the water company, although not as quickly as expected.

In his fifth address to the nation on April 5, this year, President Nana Addo Dankwa Akufo-Addo announced that the public would enjoy free water supply from the GWCL for the months of April, May and June 2020, as part of interventions to help stop the spread of the coronavirus disease (COVID-19).

As part of precautionary measures to stop the spread, health experts have advised the washing of hands with clean water under running water for at least 20 seconds and this requires access to uninterrupted water supply, hence the government's directive.

Be re-categorised
Leading a team of officers from the GWCL to some communities in the Greater Accra Region to assess the level of compliance of the President’s Free Water’ directive, the Minister of Sanitation and Water Resources, Ms Cecilia Abena Dapaah, asked all customers of the water company categorised as domestic users, but who sold water to residents within their communities, to register with GWCL and be re-categorised to be eligible for the payment of commission or compensation during the free water supply period.

Such customers, she explained, should visit the district offices of the GWCL for registration and re-categorisation.

Clarifying directive
A press statement signed and issued by the Head of Public Relations/Communications of the GWCL, Mr Stanley Martey, said during the visit, the minister and the team observed some teething challenges on the ground and had to clarify some issues to enable a smooth implementation of the directive.

Ms Dapaah reiterated that all customers of the GWCL, who were on Category 611 (Domestic) would from April to June, use water for free within the period as the government would absorb their bills, but they would have to be registered and recategorised if they decided to sell the water to their neighbours.

Also all commercial customers on Category 612 who were selling the water from the GWCL, must also visit the district offices of GWCL to be re-registered to be eligible for commission or compensation.

Landlord
To landlords and landladies who sell water to tenants and community members, Ms Dapaah said they must allow the water to be used for free from April to June and must also register with the district offices of the GWCL to be eligible for commission/compensation.

All standpipes, she said, should be used to serve citizens for free and the government would absorb the bill and pay commission or compensation to the vendors, while vendors were expected to still mount the standpipes and ensure the prudent and judicious use of water.

The minister also admonished the staff of GWCL to step up their monitoring and supervisory roles to ensure effective service to Ghanaians.

She also urged the public to be cooperative and collaborate in all ways possible for a smooth implementation of the directive.

The Daily Graphic set out to conduct random checks of the situation across the country.

Volta Region
Bright Selase Afavi reports from Ho that some residents are still paying for water despite the President's directive for water consumption to be free for the next three months.

A customer and resident of Sokode Lokoe, who identified herself only as Delali, told the Daily Graphic that she still paid to fetch water from a vendor.

Another resident also said: "Those selling the water are not obeying the directive from the President", recounting that she had been paying for water since the announcement.

A vendor, however, explained that they only charged a token which would be channelled into repairs which may become necessary.

Mankarigu Health Center temporarily closed down after attack...
27 minutes ago