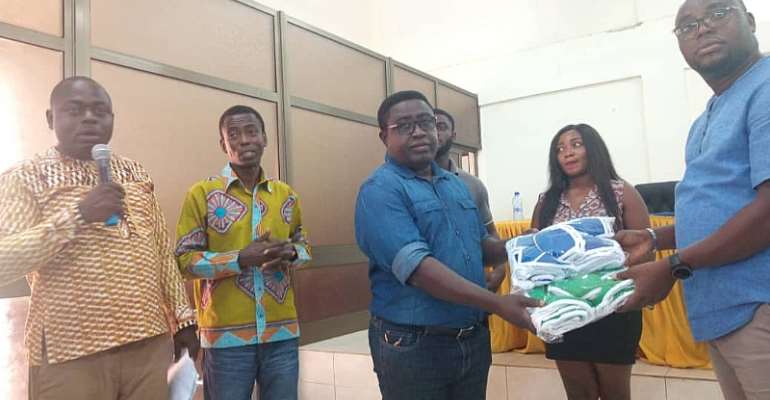 As part of its contributions towards the fight against COVID-19, McKenzie Company Limited has presented several quantities of nose-mask to the journalists in Bono East, Bono and Ahafo regions.

The Chief Executive Officer of McKenzie, Mr. Michael Asare Yeboah, making the presentation on behalf of the company, underscored the critical role of the media in educating people about the disease.

He said as frontline workers in the fight against COVID-19, it was imperative for the media to be better protected in the discharge of their duties.

Mr. Asare Yeboah revealed that his company, which is located in Sunyani, has recently been producing several quantities of re-useable nose-masks to meet the local demand for the PPE.

The GJA Regional President for the three regions, Larry Paa Kwesi Moses received the nose-masks on behalf of the media at brief ceremony in Sunyani.

He was full of praise to the donors for their kind gesture.

Dennis Kwadwo Peprah, the Regional Secretary of the GJA, for his part, also commended McKenzie for being the first corporate body to have presented PPEs to the media in the region since the outbreak of the Coronavirus pandemic.