Is The Virus The Only Enemy? 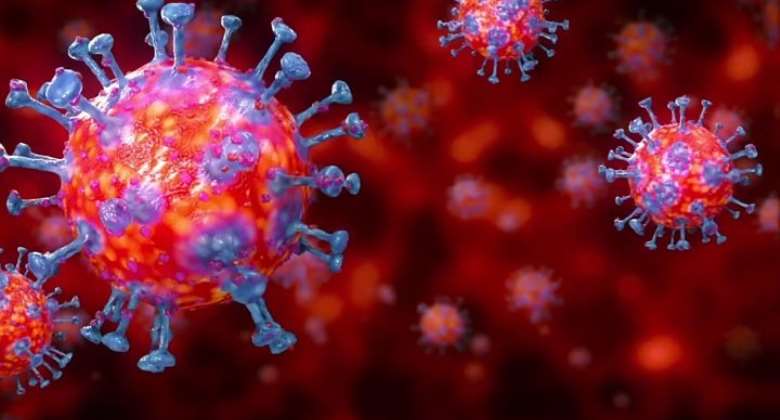 “This is not the time for politicking or display of partisanship. The virus doesn’t care which party you belong to. The enemy is the virus.”

Those are not my words; they are the words of the First Gentleman of our land and the Commander-in-chief of the Ghana Armed Forces – His Excellency Nana Addo Danquah Akufo-Addo. The President is a consummate diplomat so he cleverly avoided mentioning names and giving clues, but we can read between the lines and decipher the conundrum. That there are more than ten registered political parties currently on the books of the Electoral Commission (EC) is a fact no one can deny.

Ever since the deadly coronavirus reared its ugly head in Chairman Mao's homeland, it is only one party among the lot that has sought to play politics with the pandemic in our country. It is an open secret that Zu-za had been praying fervently for the virus to extend its tentacles into the country to compel the EC to cancel the compilation of a new voters' register. We also saw and heard their reckless call for the country to evacuate its citizens from China, which turned out to be a very bad call. But for the resilience and wisdom displayed by President Nana Dee, only Heavens know what our fate would be! For nations that went along that path are the severest affected by the virus. We also saw the commissioning of the party's parallel COVID-19 team, which has so far engaged in nothing but pure partisanship.

No forgetting the consistent criticism of government's response to the pandemic in the bid to cause fear and panic and make the Nana Dee government look incompetent. So when the President admonishes his compatriots to eschew politicking and partisanship, he needn't mention names for us to fully understand those he refers to. But blinded by their desire to win the 2020 polls at all cost, they've ignored the wise counsel and continued their folly. I'm sure you've heard the wicked stories from the Zu-za camp that President Nana Dee and some of his appointees had tested positive to the virus. The President has since delivered three presidential addresses and chaired numerous meetings.

All we see is a 76-year-old who looks stronger and healthier than those peddling the tales. Even when he tested negative to the virus, the mischievous lots are still not satisfied and are calling for the publication of the result. Leading the mischief-makers is one Member of Parliament popularly known as Hon. Dining Hall Prefect. So you see, while other countries are battling only one enemy, which is the virus, Dr Kwame Okro's Ghana is compelled to battle another enemy called Zu-za. But with the help of the Bearded Old Man above, we shall overcome! Unfortunately for this country, another enemy called foolishness has reared its ugly head following the viral outbreak. I'm still at a loss as to why people would deliberately go against the partial lock-down measures and endanger their lives and the lives of others. I have no other name for it but foolhardiness. We should drum it hard into people's ears that the fight against coronavirus is not the sole responsibility of Government.

As individuals, we also have a responsibility in the fight to limit community spread. If we shirk that responsibility, our folly will make us become victims, which will affect our families, communities and country at large. As I write, the richest and most powerful nation on earth, United States, and Spain are reported to have recorded about 1,300 and 1,100 deaths respectively in one day. Italy is also recording similar numbers and the death toll continues to rise in those three developed countries. Yet, a partial lock-down, which is the most effective tool left for a poor country like Ghana, has become a problem for people to obey.

Are we so irrational to pretend to be oblivious of the threats of the virus? Indeed, if countries that have easily raised trillions of dollars to fight COVID-19 are nowhere near winning the fight, then one can only imagine the fate of countries like ours who are struggling to raise a measly $100million to fight the pandemic. Yes, I do believe in the power of prayers. But prayers can only work if we use some common sense. What will be the use of prayer if we continue to foolishly endanger our lives and the lives of others? Make no mistake; if we allow the situation to degenerate, then it is going to be a disaster.

There wouldn't be enough ambulances to transport the sick to hospitals. Hospitals would be choked and virtually become transit points on the way to the land of the dead. I shudder to imagine because it would be nothing less than terrifying. So while we pray for Mawu's protection, let's use some common sense and only go out if absolutely necessary. Otherwise, stay home and be safe! See you next week for another konkonsa, Deo volente!