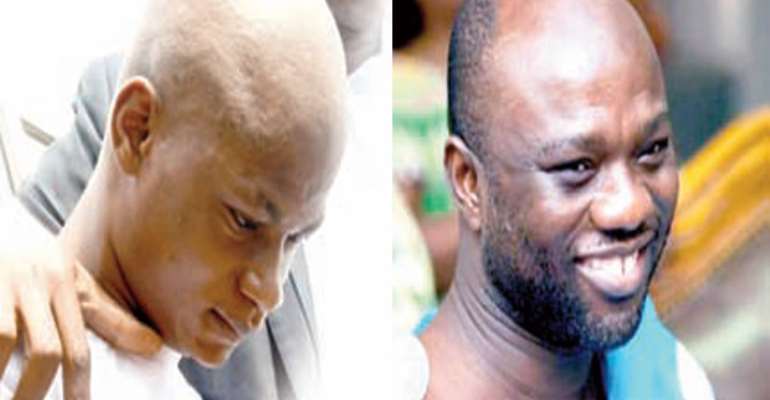 I, too, have received a Whatsapp copy of the videoclip in which the prime suspect in the bedroom stabbing assassination of Mr. Joseph Boakye Danquah-Adu, to wit, Mr. Daniel Asiedu – aka Sexy Don Don – claims to have retracted the original uncoerced confession that this young mess of monstrosity voluntarily offered police investigators, shortly after Mr. Asiedu and some two other alleged accomplices, if memory serves me accurately, were apprehended by law-enforcement agents. On the videoclip, the prime suspect claims to have deeply regretted letting on to police investigators that he had been hired to execute the victim, at the time the New Patriotic Party’s Member of Parliament for Akyem-Abuakwa-North Constituency, in the Eastern Region, by some operatives of the John Dramani Mahama Presidency. But Sexy Don Don also claims that he had a regular pool of contractors who had been hiring him to execute “missions” or “operations,” so another investigative angle may necessitate the naming of these regular customer contractors and bloody paymasters. On the videoclip, it is very clear that the overwhelming majority of these killer-paymasters were smack among the leadership of the National Democratic Congress.

Well, like many kinsfolk and relatives of Mr. Danquah-Adu, I am not buying this shitty second version or edition of the Sexy Don Don confessional retraction. Very likely he has been spooked or threatened by some cold-calculating elements among the Mahama Posse and coached to retract his original confession, in hopes of redeeming the effectively stalled presidential-election campaign of the immediate predecessor of President Addo Dankwa Akufo-Addo. But, of course, this clearly totally fabricated National Democratic Congress’ whole-cloth mendacity will not wash. It will not wash because it is very evident that the original confession given by the prime suspect to police investigators was not taken or extracted under duress, in which case such evidence could decidedly be deemed to be absolutely devoid of merit and credibility.

The second, actually the third, most significant puzzle towards the most effective means of unravelling any deliberately manufactured kinks to Sexy Don Don’s narrative of this most gruesome and hideous episode in postcolonial Ghanaian political history, pertains to the way and manner in which the country’s Chief Law-Enforcement Officer, to wit, Mr. John Kudalor, at the time the Inspector-General of the Ghana Police Service (IGP), handled this high-profile assassination case. On the latter count, of course, we are alluding to the abrupt removal and immediate transfer of the extant Chief Investigator of the case, that is, Police Commissioner George Akuffo-Dampare, at the time, the Greater-Accra Regional Commander of the Ghana Police Service. Dr. Akuffo-Dampare would be quietly demoted to the portfolio of Rector or Principal of the Winneba Police-Training Academy, in the Central Region.

What we need, right now, as a nation of law-abiding citizens, for the most part, and avid lovers of “freedom and justice,” is for retired IGP Kudalor to come clean and public, look Ghanaians in the eye, and boldly and frankly tell us the motivating factor behind his rather curious and scandalous decision to remove Dr. Akuffo-Dampare from the case, just when police investigators were fast closing in on the real masterminds behind the savage and barbaric assassination of the extant Akyem-Abuakwa-North’s New Patriotic Party parliamentarian. You see, I decided to revisit the Danquah-Adu Assassination Conundrum because I have promised all justice-loving Ghanaian citizens that I will not stay away or back off from this case until unvarnished and unalloyed justice has been done to the name and memory of this hardworking brutally slain uncle of mine.

You see, in the Sexy Don Don Whatsapp videoclip, it is scandalously clear that the prime suspect has been induced into believing that, somehow, it was the gruesome assassination of Mr. Danquah-Adu that precipitated the massive electoral loss of the Mahama-led government of the National Democratic Congress, his obvious sponsors and regular customer contractors and paymasters, rather than the indisputably gross incompetence of the latter. Going by such weird and warped logic, the believe here well appears to be that if the assassination of Mr. Danquah-Adu, a cousin of Ghana’s current President, could be deftly pinned on Nana Akufo-Addo and Mr. Kennedy Ohene Agyapong, somehow, such malicious ruse would afford the Mahama Posse a fighting chance in the 2020 general election. If such strategic tack does not sound like a classical slapstick comedy, I don’t know what else to make of it.

Plus, I also firmly believe that absolutely no Ghanaian citizen must be allowed to ride roughshod over the laws of our hard-fought ancestral land of our birth. I also unreservedly concur with Mr. Agyapong, that is, the ruling New Patriotic Party’s Member of Parliament for Assin-Central, in the Central Region, that the credibility of the movers-and-shakers of the New Patriotic Party is inextricably intertwined with the will and ability of the relevant operatives of the Akufo-Addo Administration to conclusively resolve the mystery surrounding the brutal early-morning liquidation of Mr. Boakye Danquah-Adu (See “JB Danquah’s Murder: God Will Judge NPP – Kennedy Agyapong” Kasapafmonline.com / Ghanaweb.com 3/26/20).

You see, the tale of gunrunning and targeted and contracted political killing is more strikingly identical and in synch with the widely known operational profile of the operatives of the National Democratic Congress than those of any other major political party in the country. Which is why Sexy Don Don seem to have had absolutely no problem or qualms in readily identifying his paymasters when he was initially arrested. A fugu-wearing Kennedy Agyapong – is that why Mr. Asiedu would mistake or confuse his image of the Assin-Central MP with that of then-President Mahama? – and a very busy Akufo-Addo on the campaign trail who, nevertheless, wanted this cold-blooded unconscionable assassin to rest assured that, indeed, he, Nana Akufo-Addo was the proud and prime mastermind behind the grisly assassination of his own beloved cousin? Get me out of here, Dear Reader, I have had enough of such scat!